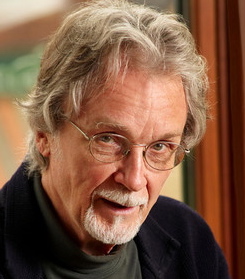 Robert Hellenga is the author of the new novel Love, Death & Rare Books. His other books include The Confessions of Frances Godwin and The Sixteen Pleasures. He is a professor emeritus at Knox College in Galesburg, Illinois.

Q: How did you come up with the idea for Love, Death & Rare Books, and for your character Gabe?

A: My notes, which date back to back to 2013, don’t reveal a straight line from A to B, but I can say that the original inspiration for the novel was a house on Lake Michigan that my wife and I saw, many years ago, while on vacation. It was a beautiful house that looked as if it were about to slide into the lake. We saw it once and never saw it again. The original title for the novel was The House on the Lake.

The story that began to emerge was a mother-son story: After years of estrangement, the son comes home to help his mother run the bookstore that she opened in the beautiful house on the Lake Michigan.

In the same year (2013) O’Gara and Wilson, Chicago’s oldest bookstore, closed its shop on 57th Street in Hyde Park and downsized to Chesterton, Indiana. This was big news at the time and prompted me to alter my plans for a rare-book/used-book bookstore. Like many readers, I’d often fantasized about running a charming old bookshop, so why not?

I read, among other things, Thieves of Book Row and several accounts of modern rare-book thieves, and it occurred to me that I could organize the novel around a book thief, or the tracking down of a book thief; but in the end I went in another direction.

I suppose I was drawn to the end-of-an-era melancholy prompted by the closing of many inner city used/rare-book shops and the disappearance of the old barns full of used/rare books that used to dot the countryside, and by the impact of the Internet on every aspect of the book business.

Love, Death & Rare Books is not an elegy, however, and a quick glance at “Bright Young Booksellers” offers good reasons to be optimistic about the rare book trade. 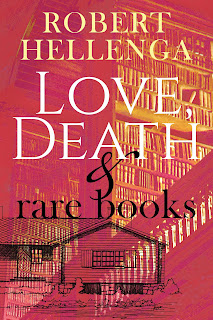 Q: Can you say more about why you decided to set the novel within the world of rare books, and what you think the story says about the bookselling business in recent decades?

A: I needed help. of course, so I decided to attend the Colorado Antiquarian Book Seminar, and this experience disabused me of the notion that the peddling rare books is an easy way to make a living. Most rare book shops are Mom and Pop operations; most rare-book shops don’t have hundred-thousand-dollar books in their inventory.

But I needed some high-end books, and figuring out a credible way to introduce them into my fictional shop was one of the biggest challenges I faced in imagining Chas. Johnson & Son, LTD, Antiquarian Books, but it was a challenge that energized me. These books are exciting. 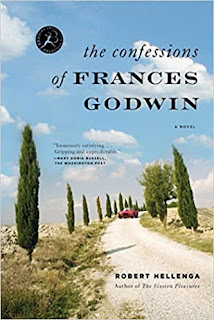 A: The second biggest challenge was incorporating Olivia, who appeared at the edge of the frame late in the game and gradually moved to the center, but I was happy to welcome her, because, I believe that a writer should be open to surprises at every step of the way.

Q: The novel takes place in Chicago and in a small town on the shores of Lake Michigan. How important is setting to you in your writing?

After all, Gabe’s mother who is always hovering in the background, ran off to Italy with an Italian, and Gabe plans to visit her at the end.

These fictional locations are all grounded in my own experience. I grew up in a small town in Southwestern Michigan. Chicago was our big city—never far away—and I’ve lived in Chicago too.

I spent summers when I was growing up in Milwaukee, Wisconsin, where my father operated a seasonal produce business. The men who worked for him were almost all Italians, and that gave me a taste of something that I’ve never gotten out of my mouth.

When we had a chance to spend a year in Florence, Italy, we took it. Florence offers another significant contrast. In fact, and it’s impossible for me to write a novel without somebody going to Italy. 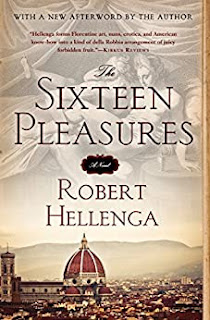 A: I’m now working on an anthology of poems (not my own) called Prospect for Survival—Not Good. Prospects for publication are not good either. It’s too short for a book; it’s too personal; it’s too philosophical. It’s what I want to do, however.

The intention of this project is to affirm the goodness of life without lying or deceiving myself, which is the problem with most (perhaps all) religions, which always want me to affirm things I know aren’t true.

I’m also working on a screenplay for The Confessions of Frances Godwin.

And on a short story called “Death in Florence.” Another Midwesterner in Italy.

A: I believe that we value literature not because it offers us profound truths but because (a) it enables us to get our most important experiences into words, and (b) because it enables us to see through other eyes. In the words of Helen Keller, “Everything had a name” and I saw everything with a “strange new sight.”