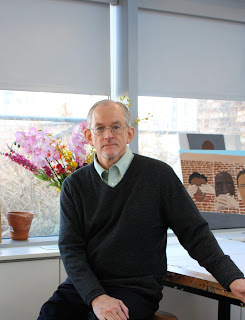 John Loughery is the author, with Blythe Randolph, of the new biography Dorothy Day: Dissenting Voice of the American Century. His other books include Dagger John: Archbishop John Hughes and the Making of Irish America. He lives in New York.

Q: You write of Dorothy Day, "In the end, no category of common experience will neatly and precisely define this woman." Why did the two of you decide to write a biography of Dorothy Day?

A: The book was Blythe Randolph's idea and she enlisted me as coauthor when I completed my previous book. Blythe had long been an admirer of Dorothy for her progressive social work.

I don't think that her Catholicism was of particular concern to Blythe (who is Episcopalian), while the overlap of the progressive politics and the Catholicism was of interest to me as I was raised Catholic (and have, since completing the book, returned to the Church, though that is a long story in itself).

My previous book, Dagger John: Archbishop John Hughes and the Making of Irish America, which came out in 2018 from Cornell University Press, was about another Catholic figure, but a person of a radically different temperament.

He was very institution-minded, tough as nails, not a pacifist at all. He fought the nativist bigots in the 1830s and 1840s who were burning Catholic churches; he built Saint Patrick's Cathedral; he supported the Union cause during the Civil War and helped Lincoln personally in many ways.

But I was intrigued to write about a 20th-century Catholic figure who spoke to me in a very different way.

There simply is no other modern-day American, no one I can think of, who is at all like Dorothy Day in combining a deeply felt faith and unshakeable attachment to the Church with a concern for social justice to the extent that she felt and lived it. 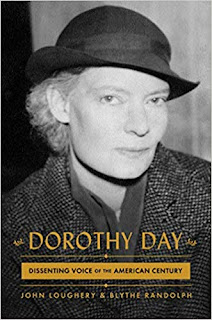 But both books were fascinating to research and write in their different ways. The common link was my interest in religious history and American political history. People who are involved in those two discrete fields are just fascinating to me.

A: The three key sources of the book were the Dorothy Day Archives at Marquette University in Milwaukee; the published diaries and memoirs of those who knew her; and the interviews we did with anyone we could find who knew her. People were quite generous in sharing recollections. She touched so many lives.

Q: How would you define Day's relationship to religion?

A: To discuss Dorothy Day simply as America's most ardent advocate for the homeless, most determined pacifist, and an activist willing to go to jail who opposed the excesses of capitalism, U.S. foreign policy (and our involvement in all wars: WWI, WWI, Korea, Vietnam), the arms race, etc., is to dwell on a very partial picture of this woman.

She came from a conservative Republican family with no interest in -- actually, a disdain for -- religion in any form. She remade herself into a left-wing intellectual-activist, but her conversion to Catholicism in her 20s was the truly radical decision of her life.

For her, a political stance founded in a belief in God, one that accepted the teaching of the Sermon on the Mount as a core truth, was a deeper, more meaningful commitment to concern for others than a non-religious stance.

One reason she lost interest in the labor movement was that she came to feel the pro-union men were interested in better wages and working conditions for laborers but not in any larger social and spiritual change in American life.

One reason she thought so highly of Cesar Chavez was that he seemed to her a fighter for his people and social justice and a man of faith. 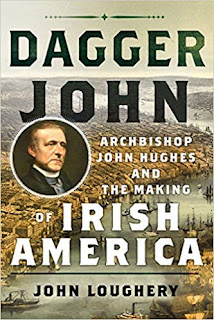 Her faith in God was everything to her. Alleviating poverty and suffering was an important goal, and connected to her spirituality, but a belief in God and Christ was above and beyond all other concerns.

She saw them as linked, though, in a way that many left-wing secular people do not and in way that many devout Catholics do not. She is a great anomaly: someone who took the words of the Gospel literally, who embraced the radicalism, the radical love, of the New Testament as few people have.

Q: What do you think Day's role would be if she were alive today, and what do you see as her legacy?

A: I have no clue as to what her legacy will be. I can only hope some part of her outlook will take root.

But I can't tell if our society is willing to look long and hard at who we are and where we are headed, before it is too late -- in terms of what we are doing to this planet, in terms of what our now-maniacal obsession with comfort, security, technology, and nationalism at the expense of more humane or spiritual values is doing to us as a society -- or if things have reached an untenable point.

But I am a pessimist in a way that Dorothy Day was not.

If alive today, she would be doing just what she did every day of her life from the 1930s until her death in 1980: leading by example, helping those in need, speaking out against abuses of power and indifference to those who have less (undocumented immigrants included, or especially).

She'd protest and go to jail when she had to, as she always did. She would speak out against walls and ever-more money spent on armaments.

In the course of my research, I said to one Catholic Worker who knew her, "What in the world would Dorothy have made of Donald Trump?"  His response was "Oh, she'd seen worse."  And, of course, that's true.

A: I am currently working on a book about William Cobbett, the early 19th-century British journalist who could be said to have founded investigative or advocacy journalist. The ultimate "speaking truth to power" newspaperman.

He was the Christopher Hitchens of his day, which sums him up as well as anything I can say about him.