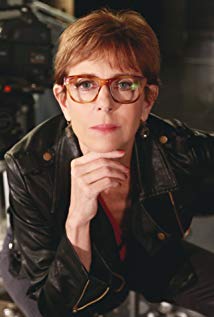 Jan Eliasberg is the author of the new historical novel Hannah's War. She is a screenwriter and director for film and television, and she lives in New York City.

Q: You note that your character Hannah was inspired by the scientist Lise Meitner. What initially intrigued you about Meitner, and at what point did you decide to write this novel?

A: It was a revelation that a female, “non-Aryan” physicist was responsible for the single most important scientific discovery of the 20th century, that Lise Meitner’s work had, literally, changed the world.

I was astonished-- although perhaps I shouldn’t have been, given the way women have been erased from history -- that few people knew Dr. Meitner’s name, much less her story.

Because of my years as a writer/director in Hollywood, I understood on a visceral level how even brilliant, courageous women accept their erasure from history; challenging it would be too painful, overwhelming, and enraging. I decided to fight Meitner’s erasure from history—because she hadn’t had the ability to do so herself.

I also knew that the race between the Allies and the Germans to create the atomic bomb provided the backdrop for a compelling story.

The tantalizing possibility of using the twists and turns of an espionage thriller, and the sensuous beauty of an epic romance to shed light on the story of this heroic woman was so tempting; the novel demanded to be written.

Q: What did you see as the right blend between the historical Lise Meitner and your fictional Hannah?

A: I believe that my preeminent duty as an author is to the story I’m creating, the characters who inhabit it, and the themes and worldview I’m creating.

But if I want readers to immerse themselves in my story, and to take it seriously, I know that I’d better have done my research thoroughly and meticulously; only then will I have the authority to depart from the facts. 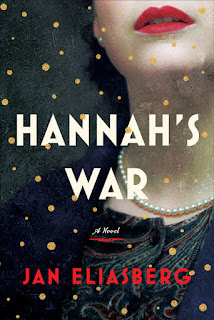 What we call “history” chronicles events that take place on certain dates – like the Trinity Test taking place on July 16, 1945 - but even with the most diligent research we can’t know who all the players really were, which key figures might have been overlooked or erased, what was said off the record, or how the principal players behaved when the chroniclers looked away.

For me as a novelist, it’s in those imaginative gaps that great drama is found.

So, I began with diligent research into Dr. Meitner’s life. Once I knew that the story I wanted to tell involved things Meitner had never done, I made careful and deliberate imaginative leaps, while respecting everything I felt was essential to the historical record.

A: I researched the book over a period of years. Physics and science were not my academic strong suits; my academic report cards will reflect that I was a humanities student and theatre geek, not a science nerd.

In order to give the story its due, however, I had not only to understand but also to deeply appreciate the scientific quest. I had to evoke the passion for scientific research, for discovering the truth, as akin to the passion of the creative artist.

I couldn’t browse through a couple of physics books, I had to devour everything I could get my hands on about the history and science of the atomic bomb in both Germany and Los Alamos.

As far as what surprised me: I was astonished by how the “official history” leaves out many of the complex and morally ambiguous decisions America made during the war. It was deeply ironic that the military deliberately deceived the scientists, manipulating them in order to keep them focused on building the bomb.

And I was gobsmacked by the fact that President Truman never had a moment’s hesitation about dropping the bomb on innocent civilians at Hiroshima and Nagasaki.

Although he wanted to end the war with Japan, he was even more focused on demonstrating the capacity of America’s nuclear arsenal to the Russians who (despite the fact that they were still our allies in World War II) were already our enemies in the imminent Cold War.

A: I hope readers will realize that there are heroes like Lise Meitner throughout history; you just have to look beyond the authorized texts to find them. These heroes deserve to be not only seen but also to be acknowledged publicly.

It is a deep injustice that only Otto Hahn was awarded the Nobel Prize in 1944 for the discovery of nuclear fission. Lise Meitner deserves the Prize as much, or perhaps even more, than Hahn.

I would love for Hannah’s War to spark a campaign to award Meitner a posthumous Nobel for her discovery – not just to right the wrong for Meitner, but also to show that women can do everything, including science and math, at the highest levels.

If my book inspires two or three young women to make a career in physics, it will have been an enormous success.

I also hope readers will come to believe that the actions of one person can shape the course of history, that the power of love can, truly, change the world.

A: I’m working on my next novel. It will stand alone for anyone who hasn’t read Hannah’s War, but it is a companion piece in the sense that it follows the character of Hannah’s niece. Sabine Weiss, who disappears halfway through Hannah’s War to an unknown fate.

The book explores the experiences of “those who remain, those who survive.” It asks how survivors of deep trauma can heal and questions what our collective obligation is to help in that healing.

Just as in Hannah’s War, those big moral questions are wrapped in what I hope is an “edge of your seat” mystery and a great, sweeping love story.

A: I have had a long career as a screenwriter and director of film and television so, although this is my “debut” novel, it’s also the culmination of many years of experience as a storyteller in other media.

I have a website in which I share both my film and fiction work with readers. The website has a comprehensive section about the historical research I did in preparation for writing Hannah’s War, exploring in detail my inspirations and where fiction deviates from fact.

I’m extremely interested in having a dialogue with readers, so I invite everyone to go to www.janeliasberg.com and sign up to get e-mails, updates, and to ask questions or share their own stories.