Ellen Meeropol is the author of the new novel Her Sister's Tattoo. Her other books include Kinship of Clover and On Hurricane Island, and her work has appeared in a variety of publications, including The Boston Globe and Guernica. She lives in Northampton, Massachusetts.

Q: You note that you spent 20 years working on this novel. What first inspired it, and what did the writing process involve?

A: I started writing fiction in 2000 and one of my first stories was from the point of view of a 12-year-old girl at summer camp. Molly meets a cousin she didn’t know existed and discovers a family secret that changes everything.

That story opened a door for me, a door into writing about the conflict between family loyalties and political engagement. I’ve always been fascinated by the political legacies in families and how values are passed from one generation to the next.

I soon realized that this story was a novel and spent three years writing and revising it before accepting that I lacked the skills to write it well. So I put Molly’s story in a digital drawer and enrolled in an MFA program. I wrote and published three other novels since then, but I kept returning to this one, struggling to get it right.

Over two decades, as I lived with these characters, many things changed: I deleted a generation, added and then removed a frame story, and slowly delved more deeply into the meaning of the sisters’ political action, the thing that ignited the story. 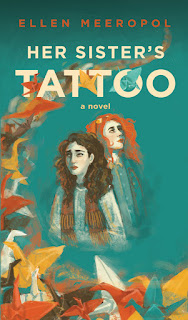 My writing process is the Kurt Vonnegut method; he said that writing a novel involves jumping off a cliff and growing wings on the way down. Some of us, and some books, take a long time for those wings to grow.

Q: You tell the story from various characters' perspectives. Did you always plan for that structure, or did you make changes along the way?

What finally worked best was having the two sisters and their partners take turns with third person narration in the first half of the book and using Molly’s first person voice as the primary narration in the second half. I guess it’s a point of view manifestation of the passing of activism to the next generation!

A: As you can imagine, over 20 years this novel has gone through several titles. It started with In Whose Camp, moved to Until We All Are Blind, then to A Folding of Cranes, and finally, Her Sister’s Tattoo, which my editor liked and it stuck. I like the title because it focuses on the strong bond between the sisters. 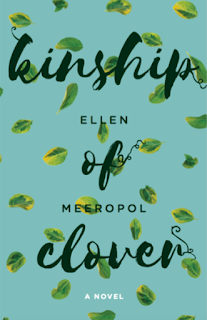 Q: What do you think the novel says about political activism and engagement?

A: I think that what novels do best is to ask difficult and complicated questions of readers, not necessarily answering them fully. The central question of Her Sister’s Tattoo, posed by various characters in different ways, is “Was it worth it?”

The question refers to the political act Rosa and Esther take, an act that results in harm to a police officer, changes the trajectory of their lives, and challenges their sisterhood.

I believe this is a critical question for our times: how much risk can we take to make the changes we believe are necessary in our world and how do we respond to the potential or actual consequences of our actions?

A: I’m writing a novel set in a neighborhood built on the ruins of a former state mental hospital. When an elderly woman goes missing, her husband, who was the psychiatrist in charge of the hospital for 40 years, finally reveals his secrets. More family secrets!

I’m learning a lot about mental health treatments and institutions. And this time, as I cartwheel down the cliff, there seem to be ghosts along for the ride. Oh, I should say that I live in this neighborhood, so the story feels very close to home. 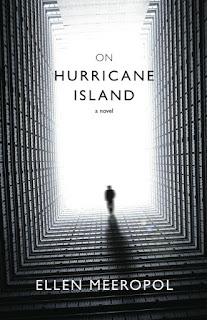 A: My own family legacy informs this novel. Perhaps it’s is even the spark that started it all.

When I was 19, I fell in love with Robby Meeropol, the younger son of Ethel and Julius Rosenberg, who were convicted of conspiracy to commit espionage and executed in 1953. The primary testimony that convicted them (and the only evidence against Ethel) came from Ethel’s beloved younger brother David Greenglass.

No big surprise then that I am fascinated with the faultlines between sibling bonds and political actions, between family loyalty and making change in the world.

Thank you, Deborah, for reading Her Sister’s Tattoo and for this interview.