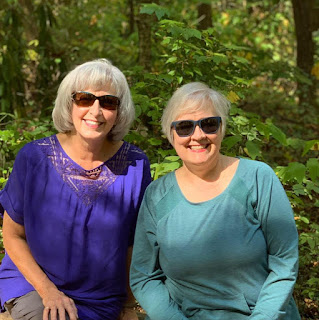 Linda Howard and Linda Jones are the authors of the new novel After Sundown. They have each written many novels separately, and they've written three other novels together. Howard lives in  Gadsden, Alabama, and Jones lives in Huntsville, Alabama.

Q: How did the two of you come up with the idea for After Sundown, and for your characters Sela and Ben?

Linda Howard: I don’t know! It probably sprang organically from our conversations; the same with Sela and Ben. The hardest thing for them was coming up with their names. By the way, Sela’s name is pronounced SEE-la.

Linda Jones: I wish our process was organized enough that I could answer this question. We what-if’d our way into the basic idea. Ben and Sela grew from there. 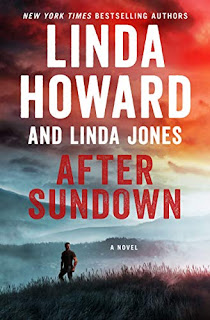 Q: What was your writing process like as you collaborated on the book?

Linda Howard: The process has changed with every book we’ve written together. One thing that has remained constant is that we don’t take turns writing chapters; we each go over and write and re-write and edit almost every sentence, to the point that we don’t know who wrote what.

Linda Jones: Since we’re both pantsters, which means we don’t plot much at all ahead of time, we break with our usual individual writing method to plan a chapter or two ahead. We’ll each write scenes, email them back and forth, tinker, and make sure we’re on the same page. And then we do it again.

Q: The novel is set in Tennessee. How important is setting to you in your writing?

Linda Howard: Sometimes, not very; usually the plot will dictate the setting, and it was the same in this case. The Wears Valley/Townsend area of Tennessee is extremely suitable for long-term survival under the circumstances of the plot. It’s a mild climate, long growing season, plenty of fresh water and game, and people who know how to grow and preserve their food.

Linda Jones: With most books, the setting is not something I can change. It’s too important to the tone of the story and to the characters.

Linda Howard: We kind of knew how it would end. The changes were in how we got there.

Linda Jones: We did try to plot a little before we got started, but almost none of what we plotted got written. We knew where we wanted to start and where we wanted to end up, but there were surprising moments in how we got there.

Linda Howard:  I’m working on the third and last installment of the GO-Teams.

Linda Jones: I’m working on the next book in my self-pubbed Mystic Springs series. Beauty and the Beastmaster will be out later this year.

Linda Howard: I hope the current situation with the coronavirus, and the very real possibility of a major solar storm such as we used in After Sundown will prompt people to be more prepared!

Linda Jones: I agree with Linda. Be prepared! As the current situation proves, you never know what tomorrow will bring.