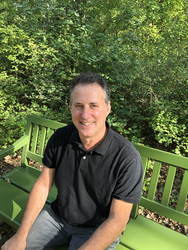 Joshua Hammer is the author of the new book The Falcon Thief: A True Tale of Adventure, Treachery and the Hunt for the Perfect Bird. His other books include The Bad-Ass Librarians of Timbuktu, and his work has appeared in a variety of publications, including The New York Times Magazine and GQ.

Q: You note that you first learned about falcon thief Jeffrey Lendrum in a news article in 2017. What intrigued you about him, and at what point did you think his story would make a good book?

A: Lendrum's story appealed to me immediately, because the crimes he committed were so unusual, and seemed to involve a very particular blend of physical derring-do and ornithological expertise.

I was fascinated to learn about the existence of a birds-of-prey underground linking Western wildlife smugglers and falconry-loving sheiks, and felt compelled to learn all I could about how Lendrum found his way into this hidden black-market trade.

My appetite was whetted further by a trip I took to the Rhondda Valley of southern Wales with Andy McWilliam of Great Britain's National Wildlife Crime Unit, who had led the investigation that followed Lendrum's 2010 arrest at Birmingham Airport for attempting to smuggle 14 live peregrine falcon eggs to Dubai.

McWilliam led me to some of aeries on cliffs where Lendrum had stolen those peregrine falcon eggs, and opened up his investigative files to me to reveal that Lendrum's criminal activities were global in scale and had gone on for decades.

The more I learned, the more convinced I was that there was enough in Lendrum's story, and in the arcane world of falconry, the birds-of-prey underground, and the work of wildlife cops such as McWilliam, to make a book-length narrative. 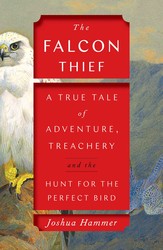 Q: Can you say more about how you researched this book, and what did you learn that particularly surprised you?

A: The reporting really took off after I met McWilliam. When he saw that I was intent on pursuing this story further, he put me in touch with a former accomplice of Lendrum's, Paul Mullin, who had turned against his one-time best friend and had amazing tales to tell about their decade long partnership.

At first I was a bit skeptical, but a visit to his home in Hampshire, England--where he'd accumulated piles of evidence, including a 90-minute video of their egg thievery by helicopter in the wilds of northern Canada--assured me of his veracity.

I was astonished by the lengths that Lendrum would go to seize rare falcon eggs, and by the money that lay behind his enterprise.

Later I tracked down an elderly woman in England and a naturalist in New Zealand who had known both Lendrum and his father in Rhodesia in the 1970s and 1980s, and they provided powerful accounts of young Jeffrey's criminal activity starting at an early age.

I found trial transcripts, talked to police investigators, followed Lendrum's trail to Dubai, Zimbabwe, and Patagonia, interviewed members of his immediate family, and ultimately met the falcon thief himself at a shopping mall near Pretoria, South Africa, in late 2017.

I also spent many hours in the British Library, digging into ornithological studies and historical accounts of falconry to ground myself in the nitty-gritty details about birds of prey. Then I sat down to write. 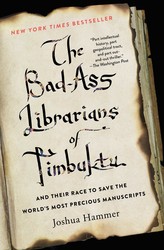 Q: How would you describe the dynamic between Lendrum and Detective Andy McWilliam?

A: It was a complex dynamic.

McWilliam had never encountered a wildlife criminal quite like Jeffrey Lendrum. The officer admired Lendrum's physical courage and his skill moving fragile, living contraband across the borders--though he recoiled from his plunder of the wild. He also found Lendrum a polite and engaging character, in contrast to the surly, hostile individuals with whom he often dealt.

And Lendrum liked McWilliam - appreciating his ornithological knowledge and the fact that he treated Lendrum with respect. The criminal even tried to maintain a relationship with the cop after his parole, calling him frequently from South Africa, inviting McWilliam to join him on a wildlife safari.

Later on, though, as Lendrum's life began to fall apart, he turned on McWilliam, seeming to blame him for everything that had gone wrong. And McWilliam gave up hoping for Lendrum's rehabilitation, coming to regard him as a self-destructive and unrepentant criminal who was never going to clean up his act.

A: I'd like readers to come away with an appreciation for the richness and diversity of the natural world, and of birds in particular, a respect for the unsung heroes like McWilliam who are fighting to protect the wild from predators such as Lendrum, and a fascination for the obsession and greed that can drive a person like Lendrum to destroy the very things he purports to love.

I'd like readers to be both entertained by Lendrum's riotous antics and appalled by his bad behavior.

A: I'm casting about for a new project while continuing the long form narrative magazine journalism that sustains me during fallow periods. If you have any great ideas, please let me know!