Sarah Tarkoff is the author of the new novel Ruthless, the third in her Eye of the Beholder trilogy, which also includes Sinless and Fearless. She is a writer for the CW series Arrow, and she lives in Los Angeles.

Q: This is your third book about your character Grace. How do you think she's changed over the course of the series?

A: Grace’s journey is intended to mirror the experience of reaching adulthood: thinking you know everything, and then going out into the world (like to college/the workforce) and discovering that everything is more complicated and nuanced than you thought it was.

Grace starts the series being confident in her beliefs, but timid – she’s been taught to stay in her place. When her beliefs are challenged, she begins a journey that transforms her into a really different character.

In book one, she’s still very hesitant, afraid to take action because she’s afraid of the responsibility that comes along with taking that action. By book three, she’s become almost the opposite of that. 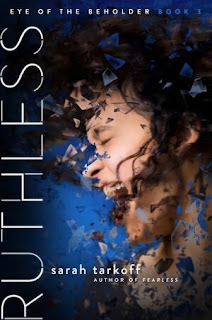 Q: Did you know from the beginning that you'd be writing a series about her?

A: I originally pitched this idea as a film, and the producers loved the world, but they asked me, can you get rid of this teenage girl named Grace and make the main character a 30-year-old man, so it’s easier to cast?

They ended up passing on the project, and I’m glad – the story wouldn’t have been as emotionally impactful if it was about some handsome adult man worrying about whether he was attractive!

Q: Did you do any research to write the novel, and if so, did you learn anything that surprised you?

A: I talked to some scientists to try to make sure my “fake science” was as accurate as possible. I struggle with wanting all of my sci-fi tech to be perfectly accurate, but at the end of the day, I know there are certain sacrifices that have to be made in order for the story to work. 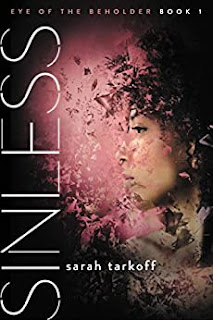 Q: What do you hope readers take away from this novel, and from the series overall?

A: The main theme is about challenging one’s own beliefs, which is definitely something we can all take into our own lives. It’s very easy to look at other people and say, “They should be more open-minded,” when we ourselves are stuck in our own rigid worldviews.

I know I can be vulnerable to that cognitive bias as well!

A: I just finished writing a new novel, adult fiction this time – a bit of romance, a bit of sci-fi, and it’s possibly my favorite thing I’ve ever written. I’m also working on two new scripts as well, a TV pilot and a feature script. 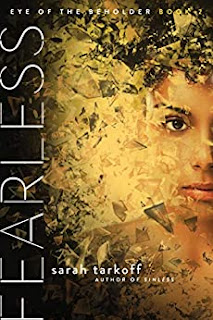 I took this past year off for personal reasons, and it’s been nice to have the freedom to write exactly what I want to write, whenever I want to write it. I’m aware I may never have that luxury again!

A: I started off my career writing for television (and I still do!). A lot of my prose is informed by that – fast-paced, dialogue heavy, lots of cliffhangers. I have a short attention span, so I like to write books that would keep me reading!