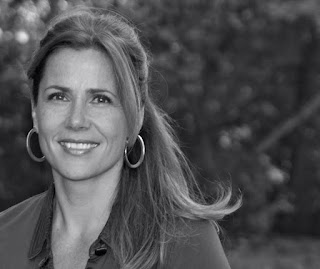 Katrin Schumann is the author of the new novel This Terrible Beauty. Her other books include the novel The Forgotten Hours. She lives in Boston and in Key West, where she is the program coordinator for the Key West Literary Seminar and Workshops.

Q: How did you come up with the idea for This Terrible Beauty, and for your character Bettina?

A: In November 1989, I flew with my father to the German island of Rügen, up north on the Baltic Sea. A Berliner, my father had spent summers there as a little boy, not unlike Bostonians who head to the Vineyard to escape the city.

But for three decades, the island had been on lockdown: after World War II, half of Germany fell under Russian control, trapping millions of Germans behind a physical and metaphorical wall. Luckily, my father escaped to the West and eventually made his way to freedom in America.

Just a few weeks before our trip to Rügen, the actual wall that split Germany in two—patrolled by sharpshooters and dogs, lined with bombs—had finally come down. Truth be told, until that visit to the island, my family’s history felt distant and confusing to me.

That all changed after my father and I crept into my great aunt’s abandoned cottage on a medieval square in Saßnitz, where I came face-to-face with the epic, yet also crushingly mundane, struggles that defined 20th century German history, and dramatically changed the course of millions of lives.

The derelict fisherman’s cottage was filled with debris and broken bottles, unloved and unlived in. In a corner of the cramped living room was a large iron firepit, and behind it a huge coal stain had blossomed over the floral wallpaper.

For decades, East Germans relied heavily on cheap and dirty lignite (brown coal), which heated and polluted their homes and cities. The damp wallpaper itself was peeling off in places, and underneath it I saw layer upon layer of designs from past eras.

In that moment, it struck me just how many German women had struggled to live ordinary lives under extraordinary circumstances, first under fascism then under communism.

I learned that when the Russians arrived on the island, my great aunt (fearful of retribution) had rushed to the local cemetery to try to scrape the swastika off her husband’s gravestone with a kitchen knife. That terrible contradiction stuck with me.

This was when my novel’s protagonist, Bettina Heilstrom, first came to me as a character: a young woman who yearns for love and finds herself in conflict with political forces entirely outside her control.

Do you fight? Do you give up? Do you accept guilt and seek redemption? How on earth do you keep going? History is complicated, and there are stories that haven’t been fully told yet; Bettina’s is one of them. 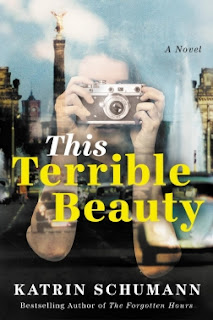 A: I still had so much to learn about that era, despite the fact that I’m German by birth and my parents have history in East Germany. Doing the research for this book was great fun for me—I learned so many fascinating things.

I read a lot of books about World War II and the Cold War, and my favorites were books that managed to really make the era come alive, such as The File by Timothy Garton Ash, Stasiland by Anna Funder, and In Times of Fading Light by Eugen Ruge.

I also loved the memoir Twelve Years by Joel Agee.

I watched movies and TV series, many of them in German; while those don’t provide good source material they are helpful in terms of understanding mood and environment.

Over the years, I ended up travelling to Rügen a number of times. I don’t think I could have written this book without having a very clear sense of the geography of the island.

The setting is hugely important to the story as Bettina’s deep attachment to her hometown (and her homeland) raises the stakes for her when politics interfere in regular life, and she’s forced to take a hard look at her loyalties.

One of the most surprising things I learned is that the Berlin wall wasn’t built until 1961 and there was actually fairly free movement between East and West up until then.

I became fascinated by how Communism—and the brutal methods of the Stasi, the secret police (spying on its citizens, limiting freedoms, etc.)—kind of crept into everyday life slowly but steadily.

History could have been very different for the Germans. Those years of transition were painful and destructive and yet also full of hope, and I was drawn in by that terrible contrast.

A: The novel’s working title was The House of a Thousand Eyes, which was the nickname the East Germans gave to the Stasi HQ in Berlin.

Locals knew that dark, secretive things were going on behind the façade (which was pocked with hundreds of small windows), and that the Secret Police were spying on everyone… you could look out but not in.

Over time it became clear that the book had outgrown that title— ultimately, the themes became broader and the story was less about the mechanisms of the State and more about the struggle of the individual to find love and beauty in a violent and unpredictable world. 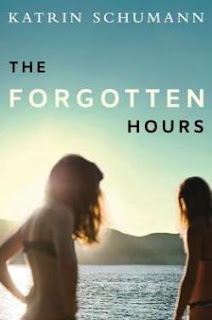 In one cliff-side scene, I had used the term “terrible beauty” to describe Bettina’s feelings about her environment, and I felt it embodied that unending struggle we all engage in to make the best of our situations.

In Yeats’ poem "Easter 1916" he uses the line “all changed, changed utterly: A terrible beauty is born” in reference to the Easter uprising in Ireland (when the British brutally beat down the Republicans), which launched regular folk into a devastating, decades-long, unwinnable battle—a kind of necessary evil, according to Yeats.

That resonated with me in terms of my story: how we hope and dream, and yet must also tragically compromise. How we continue to strive and yearn and fight, in spite of the price exacted from us.

Q: In our previous interview, you said that this novel, like The Forgotten Hours, is "about a young woman dealing with circumstances beyond her control" and "also explores this idea that people are not easy to define and label; they’re rarely all good or all bad." How would you compare the two novels?

A: On a superficial level these two novels could not seem more different, yet I think they grew out of a compulsion I have to explore female agency and the notion that, despite being social animals, in the end we can only rely on ourselves, on our own personal sense of moral obligation and destiny.

I’m fascinated by what makes us and what breaks us, especially as females who’ve been trained toward certain behaviors by our culture.

In The Forgotten Hours, Katie wants to be the good daughter, trusting and trustworthy, and I was interested in exploring her need to know the truth in order to be a fully whole adult. She starts out compromised and ends up stronger, with a healthier sense of self.

Similarly, in This Terrible Beauty, Bettina’s circumstances take away all her power and she struggles to grow into the person she wants to be. That’s why she’s vulnerable to falling in love with Peter—he restores her sense of possibility and growth.

In the end she has to face the same question Katie faced: in my own personal moral universe, what choices will I make and can I live with them?

The idea that we are all complex human beings who aren’t easily pigeon-holed is a strong connecting thread between the two novels. In each book there are characters that readers want to love or hate, and yet the story forces those readers to constantly re-assess.

I think This Terrible Beauty takes this idea even further—how do we live our best lives in those murky gray areas? When global politics, individuals, or institutions seek to control or limit us, will we choose to fight for our lives or will we give in?

A: I’m working on a novel which is a loose reimagining of Madame Bovary set on a scorching Mediterranean island during the summer of 1969, a time of immense social upheaval.

It centers on a troubled young wife and mother who insists on accompanying her husband on sabbatical to Ibiza, where the freedoms they encounter and the choices they make change their lives forever.

A: I’ve found that one of the most joyful things about being a professional writer has been encouraging other people to develop and share their own stories through my teaching and my blog.

I taught for a couple of years in prisons in Massachusetts and saw firsthand how much we can learn and heal when we’re given permission to share our stories with others.