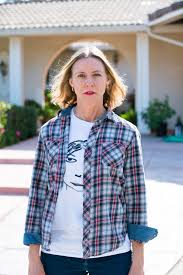 Beth Lisick is the author of the new novel Edie on the Green Screen. Her other books include Everybody Into the Pool, and her work has appeared in various anthologies, including Best American Poetry and Santa Cruz Noir. Also an actor, she's from the San Francisco Bay Area.

Q: How did you come up with the idea for Edie on the Green Screen?

A: The first seed of it came a long time ago. Probably more than 10 years ago. San Francisco had changed so much and it occurred to me that people (myself included) had been complaining about that for what seemed like forever.

There's something very dispiriting about all the evictions, so many people living on the streets, artists and working-class people not being able to afford to live in the city they love.

But there's also something dispiriting about all the complaining. I wanted to take a character who couldn't stop complaining, who wasn't engaged in finding solutions or giving back, and try to help her move away from that. 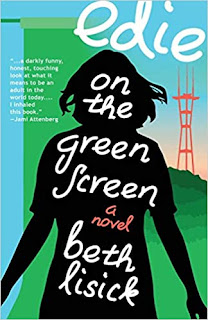 Q: The novel takes place in the San Francisco Bay Area. How important is setting to you in your work?

A: It's everything to this book. I think people in other cities that have been changed by the influx of money will be able to relate, but I grew up in the Bay Area and lived my whole life there until I was in my mid-40s.

Writing about a place that I know so well is very grounding. At least I know I'm getting that part right.

A: In 1999, during the first dotcom boom, I worked as a writer an animation company that had a motion capture suit and a green screen. Trying to come up with ideas was a little paralyzing at first because it could literally be anything. But then it's also nothing. Blank. Love that.

Q: Your writing has been praised for its humor. What role do you see humor playing in this novel?

A: Edie is in such a bummer zone, stuck and depressed, and I liked the challenge of finding the humor in her story. 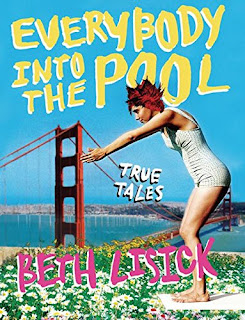 There's a scene where she's lamenting the fact that she hasn't had sex in a long time so she tries to conjure up scenes with former lovers. But she can't remember anything! She assumed she'd always be having that much sex so she never thought to reflect on it before. That's kinda sad, but also very funny if you think about it.

This book has a lot of bummer humor. Noticing the lightning strikes when you're in the toilet.

A: I'm working on a few screenplays and another book of fiction. All collaborative projects with different people. Not writing alone is really wild. I end up learning so much.

A: That's a real green screen question! Everyone should try to write. Parmesan is a great secret weapon recipe in soup. Eve was framed. Pharaoh Sanders is still alive. Healthcare is a human right. Watch the films of Kelly Reichardt.