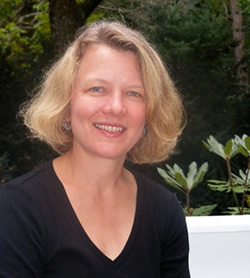 Joyce Hinnefeld is the author of the new story collection The Beauty of Their Youth. Her other books include the novels In Hovering Flight and Stranger Here Below. She is a professor of English at Moravian College in Bethlehem, Pennsylvania, and the founder and director of the Moravian College Writers’ Conference.

Q: Over how long a period of time did you write the stories in The Beauty of Their Youth, and how did you decide on the order in which they would appear in the collection?

A: The earliest of the stories in the collection, “Everglades City,” was published in a literary magazine in 2000—which means that I was working on that story back in the late 1990s. And I do remember stopping in to a gun store here in the Lehigh Valley of Pennsylvania—where we moved in 1997—to ask some questions about that story, so the late ‘90s seems right.

Which I guess means that I’ve been working on the stories for more than 20 years! The most recent is the title story, and I’ve been tinkering with that one for probably the last 3-4 years.

These aren’t the only stories I’ve worked on for the last 20 years, of course; they’re the ones Joe Chaney and his team at Wolfson Press settled on for this next book in their American Storytellers series.

For this they wanted roughly 30,000 words, so I sent a bunch of stories (assuming they’d go for more recent ones—when in fact they liked two of the oldest ones I sent, “Everglades City” and “A Better Law of Gravity” better than some of the newer ones), and they made their choices.

They also determined the order; Joe recognized a clear thread—having to do with the transformation of memory—from the first story, “Polymorphous,” to the final anchor/title story, “The Beauty of Their Youth.” And that thread made so much sense to me! It was a wonderful collaborative moment. 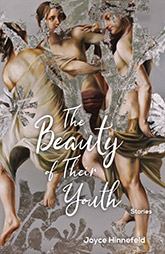 Q: How was the book's title--also the title of the last story in the collection--chosen, and what does it signify for you?

A: The original title of that story was “Things You Didn’t Post.” I still like that title for a lot of reasons, but also agree with Joe and his crew that it wouldn’t make for a particularly compelling, or memorable, title for the collection. And we were in agreement, pretty much from the outset I think, that this would be the collection’s concluding and title story.

So we had quite a lot of back and forth about title ideas, and finally settled on this phrase, “the beauty of their youth,” from the museum-plate text that opens the story.

That title signifies all kinds of things for me. It also drips with irony for me, as I hope it will for readers by the time they finish the title story.

Fran, the central character in the story, is up against a lot of realizations—about her past, about a certain blindness (particularly to the lives of others she knew) in her younger self, about her college-age daughter’s more expansive understanding of ancient Greece and of Europe in general.

So the title is meant to call up all those realizations of middle age, I suppose, but also all kinds of questions about notions of beauty, and art, and aging. Also social media. And colonialism! Honestly, all those things were in my head as I worked on that story, and my hope is that the title somehow touches on all of them. 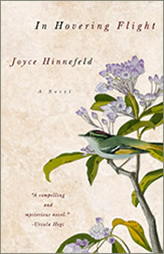 A: Joe Chaney described the collection as being about “the way memory is transformed by further experience,” and I like that way of summarizing (and clarifying) these stories’ themes.

Certainly there’s a sense of reaching a certain age and revisiting, and rethinking, one’s sense of oneself as a younger person (in several of the stories that has to do with reaching middle age, though in “A Better Law of Gravity” F.J. is an 18-year-old recognizing things about herself as a young adolescent, and in “Everglades City” Inge is a young woman who’s questioning her sense of herself as carefree and adventurous).

Motherhood, and characters’ relationships with their mothers, are themes in several of the stories; I hope that comes through particularly in “Benedicta,” a story about a male artist who’s looking at motherhood straight on, in a way he never has before.

A: Well, mostly I hope readers will feel that they’ve had a pleasurable reading experience! But I guess I also hope they’ll hold on to certain moments and certain places in these stories and, maybe, see their own lives reflected in certain ways. 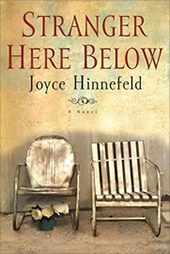 Things like the feminine hygiene aisle in a supermarket when you’re shopping with your elderly neighbor. Your college campus and the ways it did, or maybe didn’t, live up to your dreams and expectations. The recognition that people in your family of origin are flawed—as are you. The myths and the realities of places like the Florida Everglades  and the Greek islands.

The memory of a pre-internet life (photos taken using film, no need to curate everything you post on social media)—and the naivete of thinking that was a simpler, purer, or better time.

A: I’ve been dipping in and out of a novel manuscript for a while now—one that addresses rural despair and gun violence in the Midwest, along with endangered bird species (specifically whooping cranes) and other happy things!

I’m also working on a series of interconnected stories that draw on modernist poets and art collectors, Chicago and Philadelphia in the early 20th century and today, and—once again—Americans abroad.