J. Albert Mann is the author of the new young adult historical novel The Degenerates. Her other books include the YA novel What Every Girl Should Know. She is based in Boston.

Q: Why did you decide to set your new YA historical novel in the Fernald School in Massachusetts, and how did you create your four main characters?

A: There were many institutions created across the United States to segregate people with disabilities from the general population during the Eugenics Movement.

I chose The Massachusetts School for Idiotic and Feebleminded Youth (later renamed The Fernald School) because it’s in my own backyard. (I live in Boston, and the school was founded in South Boston.) I love researching in the place where the history happened. It’s definitely not a must, it’s just a lot more fun.

Q: What kind of research did you need to do to write the book and what did you learn that especially surprised you?

A: Research is my favorite part of the writing process. Whenever I begin a new project, I research in the same way. It’s what I call…my circle.

I begin with simple Google Scholar searches, where I take down names and titles, and then begin to read. I use the bibliographies of these works to continue to take names and read. And so on. And so on. Until, when I turn to the bibliography at the end of the book I’m reading, and find I’ve read everything listed. This is the completion of the circle.

To this, I add reaching out to every historical expert on my subject who will speak to me. I send them my bibliography to be sure I haven’t missed any work they deem necessary to my project, along with interviewing them on the most important aspects of the historical moment I’m writing about. I don’t want to miss a thing. 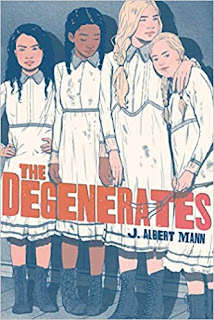 Q: What role did eugenics play in the creation of the Fernald institution?

A: The starring role.

Eugenics (the pseudoscience of human improvement through human breeding) sprang from Darwin’s evolutionary theory of natural selection: the process by which organisms better adapted to their environment tend to survive.

Eugenics—nixing the “natural” part—looked to fast-forward human development through the eradication of human disease and vice by arranging reproduction within the human population.

This manipulation of procreation was based on “desirable traits,” an obviously slippery slope within a cultural and political system that then (as now) was deeply biased toward power, wealth, maleness, whiteness, and the non-disabled.

Eugenics flourished, and was taught in public schools, as well as colleges and universities across the country as a natural science—alongside physics, chemistry, geology, and biology. It was considered as based in fact as the world was round and the planets orbited the sun.

Diagnoses of idiot or imbecile were real medical terms used to describe people with physical, mental, and intellectual disabilities. While our LGBTQIA+ community and women pregnant out of marriage were medically diagnosed as moral morons.

Using this false science, people with disabilities were institutionalized for life.

Q: The novel takes place almost a century ago--what do you hope readers today take away from it? 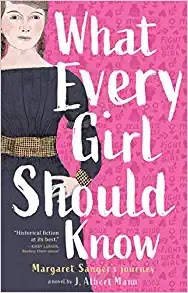 A: There is often this idea when living in the present moment that we are progressive thinkers and wouldn’t “do the horrible things” our ancestors did: enslave people, steal the land of indigenous nations, pile folks into institutions against their will. This just isn’t so. Around the world, these very offenses are being committed right now.

We need to be aware of history to be aware of ourselves and the world we live in today. I’m not saying that nothing has changed. It has. I’m saying we have work to do. This is what I hope readers will take away from The Degenerates.

A: My next novel—Fix—is a young adult contemporary fiction from Little, Brown. It’s the story of a friendship between two teens with physical difference whose relationship is stretched to the breaking point by their own ableism.

A: This is an awesome question! Yes, there is so much else we should know! But I’ll focus.

You asked above “what did I learn that especially surprised me” and I’ll answer that here, because it’s definitely something all of us should know.

Most of history is told from the viewpoint of the powerful. What does this mean? It means we need to seek out other voices if we truly want to understand history.

In all my research for The Degenerates it was the voices of the doctors, nurses, and administrators who told the story of these massive institutions across our country—a mountain of words from those who never lived on the inside of any of the places they wrote about, compared to a pebble when it came to the voices of those who did.

How can we know the truth about a thing when the story is so one sided?

Whenever you’re listening to the news or a podcast, reading an article, a book, etc., remember to think about its source.