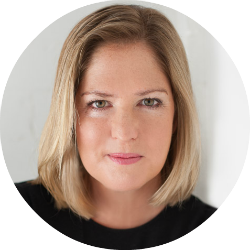 Kayte Nunn is the author of the new novel The Forgotten Letters of Esther Durrant. She has lived in England, the U.S., and Australia.

Q: You write that your family history was part of the inspiration for this novel. How did you learn about your great-grandmother, and how did you create your character Esther?

A: My mother had told me about her grandmother, Phoebe, when I was young, mentioning her a few times over the years, that she had been committed to an asylum suffering from postpartum depression as a very young woman, and that it was a source of great shame to my mother’s father (Phoebe’s son).

That snippet of information, and the shame attached to it, stayed with me.

As I began to research the treatment of women with postpartum depression in previous decades, I learned that as late as the early 1950s a woman’s father or husband could have her committed without a doctor ever having to examine her – something that struck me as horrific, and open to abuse.

I also spoke to my uncle, who let me know that my great-grandmother never left the asylum, dying there many years later.

In creating Esther, I imagined a woman suffering from depression and believing the worst about herself, but I also wanted to create a character who isn’t, ultimately, defined by her experiences in her early womanhood – someone who goes on to literally rise above them. 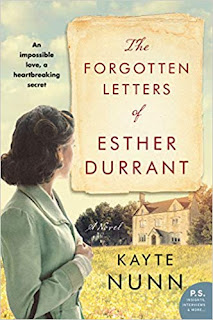 Q: What do you think the novel says about attitudes toward postpartum depression in mid-20th-century England?

A: In imagining a fairly progressive (for those times) asylum, I wanted to show that attitudes towards the treatment of not only postpartum depression, but also what came to be known as PTSD, were beginning to change (which they were), though in having Esther’s husband trick her into being left at the asylum without her knowledge, to be true to the times, as this was a far from unusual occurrence.

Q: Did you need to do much research to write the novel, and did you learn anything particularly surprising?

A: I researched treatment methods, medications and attitudes towards mental illness during and after the Second World War, as well as general information on life in 1950s Britain.

To understand what some of the male characters might have gone through, I was able to listen to oral histories (recorded by the Imperial War Museum in London) of soldiers and airmen, and what struck me about their accounts was the very matter-of-fact way they talked about the dreadful torture they experienced – and which was often seemingly carried out simply for the enjoyment of their captors.

Q: The novel takes place in the early 1950s and in 2018, alternating between them. Did you write the book in the order in which it appears, or did you focus more on one time period before moving to the other?

A: No, I wrote the 1950s strand first, to keep my head in one story at a time, and then the contemporary timeline, which became a story to unravel the mystery and buried secrets resulting from the past events.

A: I have just finished editing a manuscript, The Silk House, which will come out in Australia later this year, and in the UK in 2021 (and eventually in North America too, I hope).

It is set in 18th century and present-day England and concerns a length of fabric woven with a pattern of deadly flowers, a silk merchant’s house, and a prestigious boarding school about to welcome girls for the first time – and it’s a ghost story!

I am now working on another mystery, set in the present day and the Second World War.

A: I hope that readers will be able to empathize with the dilemmas and situations that the characters in the novel face and that it might be a talking point for their own experiences.

I was struck, in the course of writing this novel and discussing it with female friends of mine, just how many of them had experienced postpartum depression. Recent studies have shown that it affects one in six women, and yet it wasn’t until the 1980s that it became properly recognized and effectively treated.