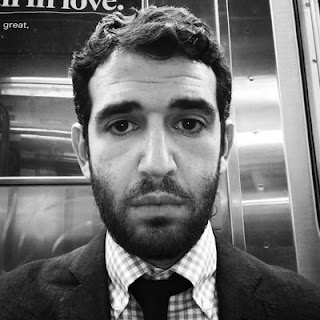 Brian Platzer is the author of the new novel The Body Politic. He also has written the novel Bed-Stuy Is Burning, and his work has appeared in a variety of publications, including The New Yorker and The New York Times. He teaches middle school English, and he lives in Brooklyn.

Q: How did you come up with the idea for The Body Politic, and for your four main characters?

A: When I write I tend to take exaggerated or distorted versions of myself and people I know well or have met a few times and put them in situations where they are confronted by difficult choices.

This novel was especially inspired by the following: my own chronic neurological disorder, a friend who had recently been cheated on, another friend’s battle with alcoholism, an underground cocktail bar I frequented in college, and the election of America’s worst person as its president. 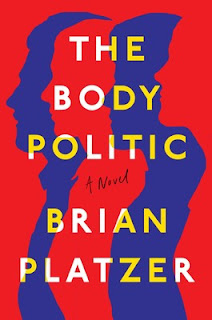 Q: Author Kristen Roupenian compared the novel to Claire Messud's The Emperor's Children--what do you think of that comparison?

A: I love it! The Emperor’s Children succeeds at so much of what I’ve attempted. It takes a specific moment of history and focuses on how a group of friends and lovers react to it. It is honest, dark, and messy, but it’s funny too. I’m humbled by the comparison.

Q: The book combines the characters' personal concerns with the overall political issues facing them and the country--what did you see as the right blend between the two as you were writing the novel?

A: I wanted the political reality to be a pervasive background force that caused or at least heightened the characters’ motivations. For example, Angelica chooses to confront a former lover because she sees some of the same traits in Trump as she saw in him.

I also liked the way that the political moment in 2016—with all its accompanying dread, uncertainty, and surreality—parallels the experience of being chronically ill. 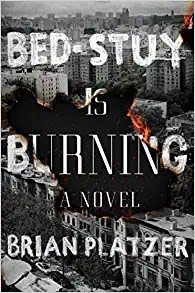 Q: You've written about your own struggles with chronic illness--how much did you bring those experiences into the creation of your character David?

A: I created a fictional world as context to explore my honest emotions and those of my loved ones. The individuals and relationships are imagined but the experience of one’s brain breaking down is as true-to-life as I was able to depict.

A: I’m working with novelist Andrew Palmer on a humor book, If I Were Built, which explores the depraved fantasies of men whose bodies lack what they believe to be an adequate amount of muscle mass.

A: I’ll also be out this summer with Taking the Stress Out of Homework, written with educator Abby Freireich, which will help families better approach all those afternoons and evenings that can too often be dominated by panic over essays and math.