Carrie Callaghan is the author of the new novel Salt the Snow. She also has written the novel A Light of Her Own. She is a senior editor with the Washington Independent Review of Books, and her work has appeared in a variety of publications, including Amsterdam Quarterly and Silk Road Review. She lives in Maryland.

Q: You note that you based your character Milly on a woman named Milly Bennett who worked as a journalist in the 1930s. What first intrigued you about this figure, and at what point did you decide to write a novel based on her life?

A: I've been carrying Milly Bennett around in my head for probably 15 years now, though I can't remember exactly when I first stumbled across her name in the course of research I was doing for a different novel.

As part of that research, I read Milly's posthumously published memoirs about her daring early life: undercover journalism in San Francisco, boldly chasing a man she loved to Hawaii, fleeing heartbreak by moving to China to cover the Chinese civil war ... and most of all, her snappy but vulnerable voice.

I fell in love with her and knew I wanted to tell her story, starting where she left off. And starting with the mysterious arrest of her young Russian husband in 1934 seemed like the perfect place to begin my novel. 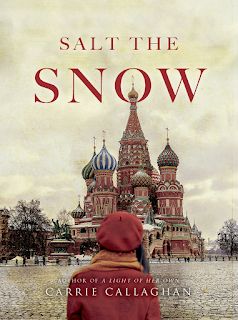 A: I knew almost nothing about 1930s Moscow when I started researching this novel, and at times I cursed myself for picking a setting that was so politically complex and culturally distinct from the places I'm familiar with.

But I soon found I had a steady guide: Milly herself. I read hundreds of her letters, stored now in the Hoover Institute Archives, and Milly told me exactly what it was like to live in the Soviet Union in the early 1930s because she was providing her friends back in the States with vivid, emotional descriptions of her life.

I loved reading her quips about the terrible soap, the milk that froze overnight, or the enthusiastic Russians practicing "taking potshots at the imperialists" as they did target practice in the alley.

So much of her complex experience there surprised me: how she both wanted to believe in a better future but also was smart enough to see the warts of the present.

Q: How would you compare Milly to the protagonist of your first novel, the 17th century artist Judith Leyster?

A: I didn't realize it until a friend told me, but I guess they are both tough women who aren't always the most "likable" (though I like them very much!). Judith was ambitious and willing to sacrifice in pursuit of her ambition; Milly was dedicated, brave, and hopeless at love. 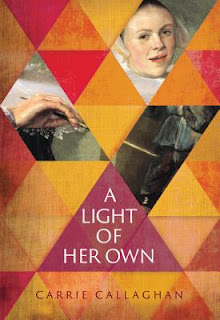 I think both women would have liked each other, since neither minced words and both appreciated a woman who could pursue what she wanted. Unfortunately for Milly, she often wanted men who were just terrible for her. Judith would have told her to straighten herself out and make better choices, which Milly does, by the end of the book.

A: Like with many novels, we had a heck of a time finding a title. But when I came upon this one, with the brainstorming help of some other author friends, I loved it immediately.

The image comes from a scene Milly describes in her letters, and one which I conjured in the book: a peasant man scattering salt upon the snowy sidewalks of Moscow. I love the collision of history (the peasant man, like thousands, moved to Moscow in search of a better life) and hope (the idea of salt helping to keep the ice at bay).

A: I'm researching what I hope will be my next book! I don't want to say much, but I will say it is set in Spain. Part of Milly's story takes place in Spain too, and it's a country I'm deeply fascinated by. Plus, there's the onerous responsibility of a research trip or two ...

A: In some ways, this is a novel about a unique marriage, and there are some sex scenes. Just a couple, but since there was no sex in my previous novel, I feel I should warn people.