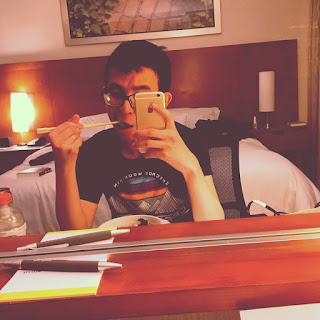 Eric Nguyen is the author of the new novel Things We Lost to the Water. He is the editor in chief of diaCRITICS.org, and he lives in Washington, D.C.

Q: What inspired you to write Things We Lost to the Water, and how did you create your characters Huong, Tuan, and Binh?

A: I was inspired by the Vietnamese American community in New Orleans. Before moving to Louisiana for graduate school, I didn’t know there was one there. But finding them there and learning about their stories, I was inspired to write about them.

With this novel, I wanted to better understand the refugee experience that my parents went through. So Huong was definitely the first character I wrote and was the impetus of the story. She represents that refugee figure—someone whose life changes because they flee a country.

But once I had her, I felt her sons had their own stories as well and they really drove the narrative because of how different they were from their mother and each other. 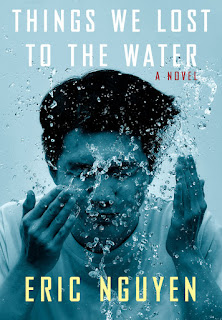 A: Setting is super important in this novel. I don’t think this story could have taken place anywhere else but New Orleans. Weather, the mix of culture, the history of the city all play an important role in the book.

I like to think of New Orleans itself as a character, one whose moods and characteristics affect the characters as well.

Q: The Publishers Weekly review of the book says, "As the characters spin away from each other, Nguyen keeps a keen eye on their struggles and triumphs, crafting an expansive portrayal of New Orleans’s Vietnamese community under the ever-present threat of flooding, and the novel builds to a haunting conclusion during Hurricane Katrina." What do you think of that description, and how was the book's title chosen?

A: I feel that description is accurate. I tried to focus on the struggles and triumphs of the characters, but also keep an eye on the setting of New Orleans, including the ever-present threat of flooding. In the end, both the characters and the setting kind of intersect to a crescendo that I felt was inevitable.

The book’s title is really about that intersection of the Vietnamese American experience—many of whom left Vietnam by water—and the Louisiana experience—which is definitely tinged with losses due to water.

A: I hope readers take away a story about Vietnamese Americans—or more generally Asian Americans—in the South. I think when people think of the South, people rarely imagine Asians being there. But they are! Asian Americans are as much a part of the Southern story as anyone else.

A: I’m in the early stages of another novel! So fingers crossed for that!

A: New Orleans (and Louisiana!) is a place rich in stories. If you like Things We Lost to the Water, I highly recommend that you read other Louisiana literature.

Off the top of my head, I'm thinking of The Yellow House by Sarah Broom, which also takes place in the same area as Things We Lost to the Water.