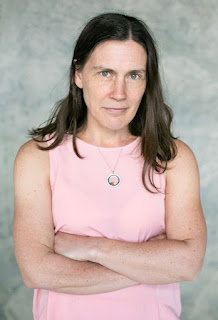 Mette Ivie Harrison is the author of the new novel The Prodigal Daughter, the fifth in her Linda Wallheim mystery series, which also includes Not of This Fold. She lives in Salt Lake City.

Q: This is the fifth in your series about your character Linda Wallheim. What inspired the plot of The Prodigal Daughter?

A: I originally conceived of the Sabrina character in this book as an LGBTQ+ Mormon kid who was kicked out of her house by her parents, which happens all too often in Utah.

But then a friend of mine told me a story about a girl in Utah who was gang raped at a local junior high school, and that story so horrified me that I felt I needed to write about it.

The story changed again when we had a friend of my youngest son stay with us (he was living in his car) during the first few months of the pandemic. Homeless teens didn't seem so distant anymore.

Q: The Publishers Weekly review of the book says, "Those looking for a nuanced character study will be rewarded." How have you created the character of Linda, and do you always know what's going to happen to her? 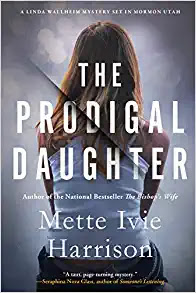 A: Linda was originally a combination of some of the very best Mormon women I know and love, my best friend Neca Allgood, whom I met at Princeton, and who was one of the founders of Mama Dragons, and other women I've met along the way who love Mormonism and are also frustrated by it, but are committed to change.

Once, I was one of those women, too, but writing The Bishop's Wife itself made it more difficult to stay, and then as I began to write more directly online at Huffington, Religion News Service, and The Salt Lake Tribune, I found I couldn't carry the weight of that pain anymore.

I've always known what the ultimate end is for Linda, and I had a number of books outlined for her, but as the actual news of the church has changed, those ideas have morphed, as well. We'll see if I get to those planned books or not.

Q: How would you describe the relationship between Linda and her husband?

A: I think many readers thought of their relationship as ideal in the first book. It has become a lot more fraught by book five. That was also planned from the first. But I'm going to avoid the easy story of writing Linda's life like mine, writing my divorce into her narrative. I'll leave it at that for now.

A: Sabrina is such a fierce character. She is caught between terrible choices, twisted into a shape she cannot bear. This is a book that begins with a disappearance rather than a murder, and its ending, I hope, will make readers think about how they judge criminals and homeless people alike.

A: I'm honestly not writing a lot at the moment, because I'm trying to catch up on 25 years of being a stay-at-home mom by taking an entry level position at a financial firm.

But don't worry! There are more Linda stories to come--and I also have a book I call my "autism normal" world, where autistic people are the majority and "allistic" people (what we think of as neurotypical) are the ones in need of ABA therapy and told that everything that comes naturally to them needs to be fixed.

A: I still consider myself Mormon, though I'm not attending right now and don't expect to return. Mormonism isn't so easy to get out of 50 years of living. And there are many things I love about the people and the history. But it isn't a welcoming space for me anymore.