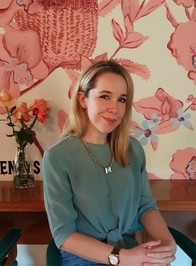 Genevieve Gannon is the author of the new novel The Mothers. Her other books include the novel The First Year. She is a journalist with The Australian Women's Weekly, and she is based in Sydney, Australia.

Q: The Mothers was inspired by real-life cases involving IVF mix-ups. How did you create your characters Grace and Priya?

A: I knew straight away I wanted Grace to be a teacher. I thought it would be an effective way to show how patient and caring she is, which would help the reader understand her acute pain as she failed to fall pregnant.

By making her the boarding house mistress (inspired by a friend who ran the boarding house at her school) I was able to show a deeper connection between Grace and her students, as we get to see her playing a role that is closer to that of a mother than a classroom teacher.

The character developed from there. The only other thing I knew from the outset was that I wanted her to be blonde, for reasons that become clear in the later chapters.

With Priya, it was important to show she leads a full life outside of her hopes for motherhood because of the crucial decision she makes ― or rather doesn’t make ― about halfway through the book.

We see her working as an artist, and enjoying a relationship with her sister, her nieces and her cousin, and we know she has wanderlust.

It’s hard to give too much detail without spoiling the book, but I wanted her first reaction to the big revelation in part 2 to be believable and thought that showing her as an independent woman with a full life was a good way to help sell that proposition.

When I’m writing a book, I usually let the characters shape the narrative a lot. I start with a general idea for a story, but then I create people that I want to spend time with, and let their idiosyncrasies and desires help shape the choices they make, and subsequently the plot.

For example, the jeweler Saskia Hill, from my last book, The First Year, was an artist who had married into a family of snobs. Her background, her passions and beliefs inform a lot of her choices, which drive the story.

With Grace and Priya I was a lot more restricted because I wanted to tell a story that would engage with several of the common features I had learned about when studying IVF mix-up cases. It was crucial that they both be sympathetic, but also fallible and human. I wanted readers to feel empathy for both of them.

Q: What do you think the novel says about motherhood? 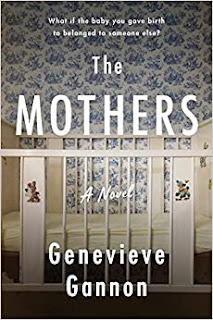 A: I wanted readers to feel that both women could be a mother to the child at the center of the dilemma. People can become mothers through adoption, surrogacy, egg donation, and fostering as well as natural conception. Love and commitment are motherhood’s defining features, not just biology or the bonds formed in gestation.

IVF mix-ups are shocking and devastating, and they force those involved to answer an unnatural question: When the egg of one woman is accidentally implanted in another, who carries it to term, and they both love and want the child, who is the child’s rightful mother?

It’s a question that has only arisen since IVF became common practice, it occurs in only a miniscule number of cases and is by its nature accidental. Therefore those involved have no agreements or contracts to help untangle the emotional ethical and medical problems.

Again, without wanting to give too much away, the dispute in The Mothers did have to be resolved, and that could be interpreted as picking a side, but the reason I wrote the book was to explore everything that comes before and after that decision.

I based the outcome on real life judgments, and when I first started researching cases of IVF mix-ups my gut reaction was different to the outcome we ultimately see in the book. I tried to show that the resolution was not about the mothers themselves, but the child.

Part of what made me want to tell this story is the gut-wrenching and impossible choice that must be made, and I wanted to invite the readers to imagine what it would be like to have to make that choice and contemplate what being a mother means.

A: I knew exactly what needed to happen and where the story was going from the moment I started writing, although I did make a lot of changes to the form as I went.

For example, we start to see the story from the point of view of Dr Ashley Li in part 2, but when I first started writing the manuscript, she was a character on equal footing with Grace and Priya from the start. As the novel came together, I realised it was more effective to bring her in later.

Part of the reason she was initially a more prominent character is that I had become fascinated by the medical staff who find themselves involved in these mix-up cases.

I’ve certainly read about unscrupulous and deceitful doctors but sometimes it’s unclear how the error occurred. Or, the clinician followed the guidelines to the letter, and the mistake happened anyway. However, for the purpose of this novel, I came to see that it would be better to focus more heavily on the mothers.

I will say that from the outset, I knew I would be writing some scenes of despair, shock, and heartache, but knowing you have to write these scenes and actually doing it is a very different thing. To think that real women were put into the unthinkable positions these two characters find themselves in is unsettling and upsetting and was quite hard.

Q: The novel has been out for a while in Australia--how have people reacted to it?

A: The feedback has been overwhelmingly positive. Many people are shocked to learn the scenario in the book is based on real cases, and it’s gratifying to hear they connect with the characters.

I often feel I can’t take much credit for it because the thing that makes the story so compelling is the ethical dilemma at the heart of it – and that’s not something I came up with. It’s a real and unthinkable scenario that has befallen a number of unlucky couples throughout the world.

There was a lot of interest in the screen rights, which was exciting, and I have been answering the occasional email from the amazing screenwriters who are developing the script.

A: I’m just finishing off the first draft of my next novel, which is untitled, but revolves around a teenager who is injured in a fight, his family, a boy who is falsely accused, and a friend who knows the truth. It is set in sunny Sydney, where I live, but it’s quite dark.

I’ve also just written the proposal for the novel I hope to work on after that which brings me back into the world of reproductive technology (kind of!). When I’m not writing novels I work as a journalist, so I’m always coming across interesting people and stories that inspire me.

A: Priya’s sister’s name is Vivian – which is my sister’s name! Although the spelling is different because the Viv in the book is named after the cricketer Vivian Richards (though I think I cut that fact out!).

The book is also dedicated to my sister in part because I am so proud of the woman she has become, and because even though she is four years younger than me, I feel like I learn a lot from her.

In the Australian version I somehow misspelled my own brother’s name in the acknowledgements! Luckily I fixed it for the U.S. edition because he lives in Portland, Oregon, with his little boy who I am yet to meet because he was born during Covid.

I would have loved to have visited the States for the book release. I did a semester of my junior year of high school in Virginia and am always looking for an opportunity to come back.