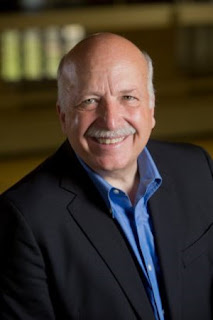 Scott Ellsworth is the author of the new book The Ground Breaking: An American City and Its Search for Justice. It focuses on the Tulsa Race Massacre of 1921 and its aftermath. His other books include Death in a Promised Land. He teaches in the Department of Afroamerican and African Studies at the University of Michigan. He grew up in Tulsa, Oklahoma, and lives in Ann Arbor, Michigan.

Q: You’ve been writing about the Tulsa Race Massacre for many years. What inspired you to write this new book about it?

A: It was a combination of things. The idea was my literary agent’s. I had been asked to restart an investigation I began more than 20 years ago to find unmarked graves. My agent said I should write about it. Because I had been involved in the story for 45 years, I was one of the few who knew that many aspects of it, and if I didn’t do it, we’d lose it. 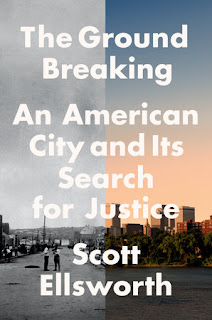 Q: In the book, you describe how the massacre was erased from history shortly after it happened. How did that happen, and how difficult was it for you to start researching the massacre?

A: It happened in different ways. The basic story in the White community is that after the massacre happened, the city fathers realized they had a massive public relations problem on their hands.

They told the world that White Tulsa was going to rebuild, and the news cycle went on. Newspapers stopped writing about it for 50 years. When people started looking into it, they were threatened. After a generation, young people had never heard of it.

In the African American community, it wasn’t talked about. It was like with Holocaust survivors, they didn’t want to burden their children.

When I started as a 21-year-old, the records were missing or there were sugar-coated accounts. It was very hard at first.

Q: The Kirkus Review of the book calls it “An essential historical record surrounding heinous events that have yet to be answered with racial justice. “ What do you think of that assessment?

A: Getting a starred review in Kirkus—everybody fainted out of joy!

I was honored by what they said. They’re right about racial justice. That’s where we’re at right now in this country—how do we have an honest assessment of the past, who our heroes are and aren’t.

None of us can live the lives our grandparents or parents did, but as a society are there things we need to make atonement or restitution for? I hope the book adds to the debate.

A: Getting this book launched. There’s a UK edition too. I’ve got some ideas for my next book, and now I want to get going. My agent said we’ll know it when we have it.

A: I hope people enjoy the book, are moved by it, are touched by it. It deals with serious and important issues, but I hope they are captivated by the wonderful individuals I met and enjoy hearing their stories.