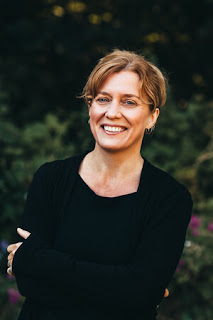 Michelle Nijhuis is the author of the new book Beloved Beasts: Fighting for Life in an Age of Extinction. Her other books include The Science Writers' Handbook. A project editor for The Atlantic, she lives in White Salmon, Washington.

Q: What inspired you to write Beloved Beasts?

The long version is that before I was a journalist, I was a wildlife biologist. Working on wildlife research projects in the U.S. Southwest took me close to the arguments around threatened and endangered species. So many concerned fundamental questions about our relationship to other species. That was 25 years ago, but I’m still interested in how people over time have answered those profound questions.

The short version is that as I’ve covered conservation and environmental issues over the years, I’ve found that many conservationists don’t have a very strong sense of their own history—they’re always absorbed in the next emergency. I thought it would be helpful to look back at the successes and failures of conservation, and where both are relevant today.

Q: One of the species you write about is the bison. How did the effort to save the bison affect later conservation efforts? 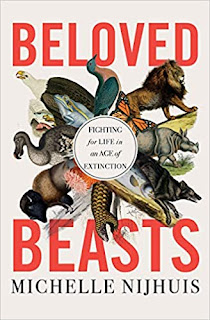 It was successful in the sense that we have those early efforts to thank for the fact that there’s a relatively healthy population of bison on the North American plains today.

Q: What impact do you see climate change having on endangered species?

In many ways it’s great to see so much activism around climate change, but conservation could be far better integrated into the climate change movement. I was heartened to see that President Biden’s first executive order on climate did incorporate conservation measures into its strategy.

Q: In a review for Outside, Erica Berry writes, “Nijhuis is the sort of writer who makes excavating arcane facts and dinner-party-worthy anecdotes look effortless.” How did you conduct your research for this book, and what did you learn that you found especially surprising?

A: I’m glad it looked effortless! I hoped it would look effortless, in that it would be easy to read, but in reality there was a lot of effort. Though I’m a journalist, not a trained historian, I’ve always loved history and loved archives, and I welcomed the chance to spend time with original documents.

As a journalist, it was frustrating not being able to talk to so many of the people I wrote about—but I learned that in many cases, their original letters and the stories of their surviving family members gave me a vivid sense of what they had been like in life.

I wanted to portray them as human beings, not icons. When they were doing their work, they didn’t see themselves as icons—they were simply doing what they thought was right, against enormous odds.

The most satisfying part of the research was learning about the many connections between the figures I wrote about. People may have heard the names of some of the people in my book—Rachel Carson, Aldo Leopold—but they probably think of them as isolated figures.

But many of these people were in touch with one another, and they built on one another’s work. They were part of a movement, a multi-generation tradition that continues today.

I hoped to show that over time the conservation movement has learned a lot, and that there’s more to be done.

Q: What do you see looking ahead for the conservation movement?

Now, conservationists and biologists have a much more sophisticated understanding of what species need to survive.

A: I’d like people to know that Beloved Beasts isn’t a depressing read. The story of conservation is full of tragedies, but it’s also a story of great possibilities. I hope the book gets that across, and that people will take encouragement and inspiration from it.