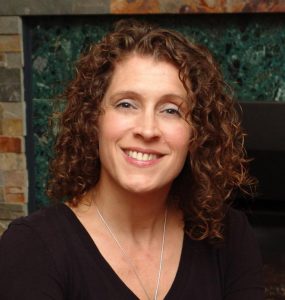 Hannah Mary McKinnon is the author of the new novel You Will Remember Me. Her other books include the novel Sister Dear. She lives in Oakville, Ontario.

Q: You've said the inspiration for your new novel came from the image of a man waking up on a beach. How did that image turn into this book?

A: Let me backtrack a little more. A few years ago, a man from Toronto vanished from a ski hill in Lake Placid while there on vacation, and showed up six days later in Sacramento. He had amnesia and couldn’t remember much, including the cross-country trip he’d made as he’d hitchhiked across the U.S.

Everything worked out for the man in the end and he found his way home, but it made me wonder—what could have gone wrong? That was the genesis for You Will Remember Me.

A while later I had a vivid image in my head—a man waking up on a deserted beach without any recollection of who he was, or what he was doing there. I kept coming back to his story, how he’d arrived on that beach, what he’d do, and how much danger he was in.

As I noodled the plot around, I wondered what might happen if he found his way home but had no idea he’d actually left the town years before, and unknowingly walked back into the dragon’s den. That was it. I needed to know what happened next, who was looking for him, and if he’d survive.

Q: The novel mostly takes place in a small town in Maine. How important is setting to you in your writing?

A: Setting is important because it feels like another character to me, so I spend a fair amount of time thinking about what kind of place my story should unfold. Is it a city, a town or a village? One location or multiple? I prefer to use areas I’ve visited as I’m a very visual person and Streetview will only take me so far. 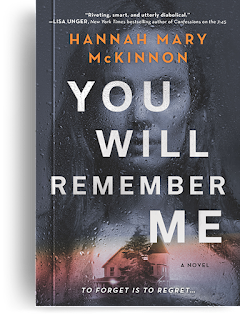 For You Will Remember Me, I set the book in Maine because when we visit family in New Brunswick, we drive via the U.S. and stop off on the way.

However, Newdale and Brookmount (the two small towns in the book) are fictional because I needed creative liberty when it came to beaches, cliffs, the towns themselves, and the surrounding areas. It was easier to make up places that looked exactly how I needed them to be. I love that part of the process too—creating entire towns is fun.

Q: You switch among three characters' perspectives--did you write the book in the order in which it appears, or did you focus more on one character before turning to the others?

A: Fellow psychological suspense author Mary Kubica once told me when she writes multi point-of-view character novels, she drafts all of the first protagonist’s chapters before moving on to the next and doing the same, and interweaves and edits after she’s done. I decided to try that for You Will Remember Me, and it worked.

However, I had plotted the story extensively, so I knew what their approximate journey would look like so it didn’t feel as daunting.

It seemed to simply the process, which was a good thing, because while I’d written multi point-of-view stories in the past, I’d completely underestimated how challenging a character with amnesia would be. You can’t give them any backstory or memories, nor can you have scene after scene of somebody telling them about their past.

You Will Remember Me was a tricky book to write for many reasons, and it stretched me as an author.

A: With every book I hope to surprise readers, and that they keep thinking about the book long after they’ve finished the final page. My main goal is to entertain, to provide people a form of escape and to leave them satisfied thinking, “I enjoyed that. It was time well spent! What else has she written?”

A: My sixth book is done and in my wonderful editor’s hands. It’s written from the anti-hero’s point-of-view, which I’ve never attempted before, and is the story of Lucas, who hired a hitman to kill his wife.

A month later, Lucas receives a partial photograph of his wife in the mail. Who sent it? What do they know? And, more importantly, what do they want? I can’t wait to introduce you to my characters.

In the meantime, I’m outlining and plotting Book 7, but it’s too early to give anything away.

A: Yes! Have you discovered First Chapter Fun? It’s one of my favorite things born from this wretched pandemic.

Back in March 2020, when Covid first hit Canada, I was in a discussion with author friends about how we could help promote one another and give our books a boost. I half-jokingly offered to read the first chapter of their novels on Facebook and Instagram, and within a few days I had over 40 readings lined up, and launched First Chapter Fun.

I read for 53 days in a row (didn’t think the “must do hair and make-up” thing through very well), introducing viewers to a new novel and author each day at a set time.

In May 2020, I teamed up with my partner-in-fictional-crime, powerhouse author Hank Phillippi Ryan. We created a new Facebook group www.facebook.com/groups/firstchapterfun and www.instagram.com/firstchapterfun.

We read twice a week, every Tuesday and Thursday (the days with a “T) on both platforms simultaneously at 12:30 pm ET, and have readings scheduled until the end of 2021. All the previously aired episodes are saved and can be viewed at leisure.

It’s a wonderful community where we share the love of books, and introduce new and/or new-to-you authors twice a week. Our goal is to keep your “to be read” pile completely out-of-control and, or so we’ve been told, we’re succeeding.

The one thing that surprised me the most about this industry when I embarked on my writing career is how genuine, welcoming, and helpful authors and readers are. This project is a way of paying it forward.