Mary Kubica is the author of the new novel When the Lights Go Out. Her other novels include The Good Girl and Every Last Lie. She lives in the Chicago area.

Q: How did you come up with the idea for When the Lights Go Out, and for your characters Jessie and Eden?

A: My initial spark of an idea was the twist itself – I won’t say much about that for obvious reasons!

That said, I always try to dig deeply into the psychology of my characters, which was a tactic I employed quite a bit with this book. I loved getting inside Jessie and Eden’s minds and discovering how they were transformed by such things as love, loss, grief and unfulfilled dreams.

I thought up Jessie first – a young woman who has just lost her mother to breast cancer - and from her story created that of Eden: a woman so desperate to become a mother she’s willing to do anything to make it a reality. 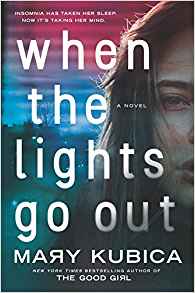 A: This was the first book that I knew fully well how it would end before I began writing it. It was a change for me.

Instead of the rush that comes in figuring out the twist partway through the book, the challenge was in working my way up to that big ending, and making it as explosive a finale as I imagined it to be in the early days of drafting this novel.

I’m not an outliner. I prefer the spontaneity and the organic feel of figuring things out as I go. I also revise many, many drafts before the book is done. It’s a process! 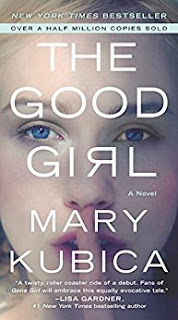 Q: Why did you decide to focus on insomnia in When the Lights Go Out?

A: Insomnia is something many of us can relate to. We’ve nearly all suffered from the occasional sleepless night and know how it feels to toss and turn all night long, as well as be afflicted by the torturous thoughts that keep us company in the wee hours.

It was my desire to take Jessie’s grief and up the ante a bit by letting the insomnia wreak havoc on her mind. 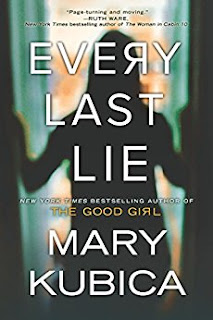 A: I’ve just finished up the first draft of my next novel. It’s still untitled and has a long road of revisions ahead of it, so I can’t speak much about it – but look for it in 2019! More news coming soon!

A: I think this sums it up! I’m just so thrilled to finally share When The Lights Go Out with the world, and can’t wait to hear what readers think of it!