Mark R. Cheathem is the author of the new book The Coming of Democracy: Presidential Campaigning in the Age of Jackson. His other books include Andrew Jackson, Southerner and the forthcoming Andrew Jackson and the Rise of the Democrats. He is a professor of history at Cumberland University, and directs the university's project on the Papers of Martin Van Buren.

A: My main interest is in Jacksonian-era politics, and I wanted to write about one of the key elections during that period. Originally, I intended to write specifically about the 1840 presidential election, which historians often hail as the first modern presidential campaign.

As I researched, however, it became apparent that while 1840 was a pivotal year, it was the culmination of developments stretching over several presidential campaigns.

So, I started at what I considered the beginning of the story rather than the end. The Log Cabin and Hard Cider Campaign of 1840 is still prominent, but I think readers will have a better understanding of how the U.S. arrived at the campaign than if I had stuck with my original idea.

Q: What do you see as some of the most important changes in presidential campaigning during those years, and what led to those changes?

A: The most obvious changes to me are the public activities of presidential candidates and the role of women.

Early on the nation’s history, presidential candidates were expected to show reluctance in having their names submitted to voters and to refrain from engaging with voters directly.

Those expectations changed dramatically in the Jacksonian period. By 1840, presidential candidates had not only abandoned feigned disinterest in running for the office, they were also actively courting voters through public correspondence in newspapers and through speeches at campaign rallies. 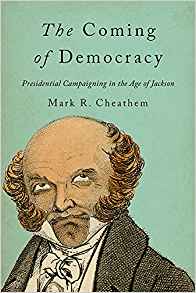 In both his 1836 and his 1840 presidential campaigns, for example, William Henry Harrison traveled the country giving political speeches intended to bring voters into his column. It didn’t carry him to victory the first time, but it worked four years later.

Women’s political activity also changed. Women were largely sidelined throughout the period, but they became more politically vocal and visible by 1840, especially those who supported Whig candidates.

Women gave toasts at public events, writing political pamphlets, and listening to public speeches intended specifically for them as an audience. While women still could not vote, the Whigs in particular understood how important they were in swaying the votes of the men in their lives.

Q: What kind of research did you need to do to write the book, and did you learn anything that you found especially fascinating?

A: Having written on Jackson and the Jacksonian period extensively, I had a large base of research already available. For this book, however, I dove more deeply into newspapers and political cartoons.

Newspapers at the time often carried political songs, notices about meetings of Old Hickory and Old Kinderhook clubs, and correspondence between presidential candidates and American voters--all of these were key parts of my narrative. 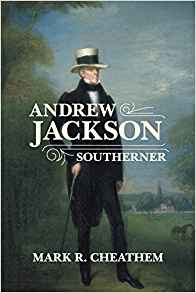 Political cartoons from the period are fascinating and convey a lot of information in visual form. It made me aware of how politically literate American voters were expected to be in order to understand the images and the accompanying dialogue in the cartoons.

There were a lot of interesting discoveries. One that especially comes to mind is a series of pamphlets written by Lucy Kenney.

We don’t know much about Kenney or who she was. What we do know from her pamphlets is that she started out as a supporter of Jackson and Van Buren in the mid-1830s, but she became disenchanted with the Democrats during Van Buren's presidency. By 1840, she supported the Whigs and was an outspoken critic of Van Buren.

Historians had mentioned Kenney's work but had not looked closely at what she wrote or why she changed parties. I gave her more attention than she had received before and was also able to find a little more information about her background, although not as much as I would have liked. 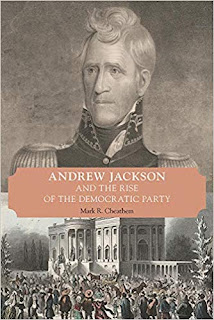 Still, she is one of those historical figures I find fascinating—a woman with strong political views who argued for them in the public square, a place typically closed to women at the time.

A: Presidential campaigning has obviously changed in the last 180 years or so, but there are still strong echoes of the past resonating today. For example, political cartoons aren’t as prominent or complex today, but memes are.

Images of Donald Trump’s face superimposed on the white supremacist Pepe the Frog cartoon or gifs of Hillary Clinton laughing are not dissimilar in their purpose from political cartoons of the Jacksonian period—they are sending a political message that potential voters are interpreting them through the lens of partisanship.

Political image-making in the 21st century is also reminiscent of that conducted in the 1824-1840 period. Presidential candidates openly campaign today in ways that were unacceptable until 1840, and they are intent, as William Henry Harrison was in 1840, on crafting an image that identifies them with the average American.

Just as Harrison, a wealthy aristocrat, tried to present himself as a common farmer who identified with the daily life of Americans, so, too, have more recent presidential candidates, most of whom are multimillionaires disconnected from the obstacles and struggles faced by most Americans.

A: I am busy editing the Papers of Martin Van Buren. Van Buren was a key Jacksonian political figure, the eighth president, and, of course, the inspiration for Seinfeld's "Van Buren Boys" gang.

I am also working on a book looking at the 1844 presidential campaign. This campaign included a number of fascinating candidates: Jackson’s political protégé James K. Polk; perennial presidential loser Henry Clay; enslaver-turned-abolitionist James G. Birney; and the founder of the Church of Jesus Christ of Latter-day Saints (aka Mormonism), Joseph Smith.

A: In addition to The Coming of Democracy, I have another book coming out in October entitled Andrew Jackson and the Rise of the Democratic Party.