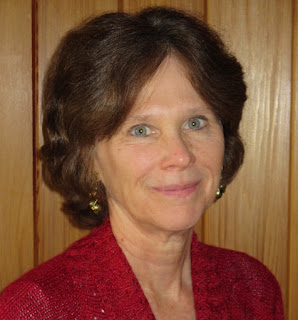 Gail Jarrow is the author of Spooked!: How a Radio Broadcast and The War of the Worlds Sparked the 1938 Invasion of America, a new book for older kids. Her other books include Bubonic Panic and Fatal Fever. She lives in Ithaca, New York.

Q: Why did you choose the 1938 War of the Worlds broadcast as the subject of your new book?

A: As I researched my Deadly Diseases Trilogy (Red Madness, Fatal Fever, Bubonic Panic), I saw the way faulty thinking and lack of analysis led researchers  to the wrong conclusion about the cause and best treatment for each disease.

Scientists and doctors held onto flawed beliefs even when other people presented solid proof of an alternative theory. As a result, patients suffered.

This made me think about why people are fooled and misled, and I decided to find a hoax illustrating what can happen when one doesn’t gather evidence and think critically.

I settled on the War of the Worlds broadcast after I discovered (from an informal survey of middle school students) that my target readers had never heard about it.  The broadcast wasn’t an intentional hoax, but the results were the same—a duped audience.

A: First, I read the H.G. Wells novel again and listened to the actual 1938 broadcast. Then I read autobiographies and interviews involving the radio broadcast’s creators.

Digging into newspaper archives, I read the contemporary reports about the broadcast. I tapped secondary sources and interviewed experts to educate myself about radio broadcasting and human psychology. 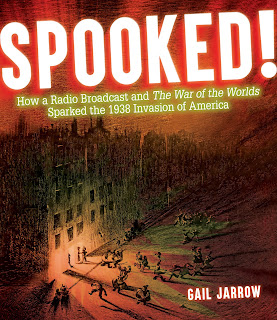 But the most fun was visiting archives to read the 2,000 letters and telegrams from the public to Orson Welles and the Federal Trade Commission. People had strong opinions about the broadcast, and they weren’t shy about sharing them.

The biggest surprise for me was discovering that the decades-long conventional wisdom about a widespread panic was based on a flawed scientific study. It was a twist that I didn’t expect when I chose the topic.

Q: Why do you think the broadcast had such a huge impact, and do you think something similar could happen today?

A: In 1938, the world was on the verge of war. Many people were fearful. I think their anxiety made some of them susceptible to an invasion story. In fact, a few listeners later admitted that they assumed the invaders were Germans, not Martians.

The other key element was that radio broadcasting was a relatively recent technology. Although more homes had a radio than a telephone and radio listening was a top recreational activity, the public was not yet savvy about what they heard over the airwaves.

People had learned to pay attention to breaking news flashes, such as the reports from Europe about Hitler’s aggression. So when Orson Welles and the Mercury Theatre used fictional news flashes to develop their updated War of the Worlds plot, some radio listeners assumed the reports were genuine. 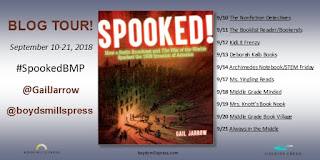 I see direct parallels with today’s Internet. Many people aren’t discerning enough about its content. Anyone who spends time with social media knows that some of us are as gullible as our ancestors were in 1938. I include a few examples of Internet hoaxes at the end of my book. So, yes, I do believe the potential for panic over content—either fabricated or unintentionally wrong— is still possible.

A: Be skeptical. Don’t believe everything you see, hear, and read.

A: Next fall, Calkins Creek will publish The Poison Eaters, a NF book for grades 5-12. The narrative takes place in the late 1800s to early 1900s, when food and drugs were unregulated and the public was literally eating poison.

I tell the story of the amazing, hard-fought battle to better protect Americans, culminating in the founding of the Food and Drug Administration.

Right now, I’m in the middle of researching Blood and Germs, a NF book about Civil War medicine that will be published by Calkins Creek in fall 2020. It will be the first book in my new trilogy, Medical Fiascos.

A: I love learning new information as I research my books. But the best part is realizing how relevant these historical topics are. History is worth our attention. Knowing about the past can help us better navigate the present.