Leah Stewart is the author of the new novel What You Don't Know About Charlie Outlaw. Her other books include The New Neighbor and The History of Us. She teaches in the University of Cincinnati's creative writing program, and she lives in Cincinnati.

Q: How did you come up with the idea for your new novel, and for your characters Charlie and Josie?

A: The seed of the novel was an interview with Benedict Cumberbatch in which he talked about being carjacked while he was on location in a foreign country. I kept returning to that—thinking about how incongruous it seemed, how we don’t expect things like that to happen to the famous.

When I keep thinking about something, whether it’s a question or an incident or a line a character might say, that’s how I know I might be able to grow it into a novel.

When I started the book, I thought that there would be only one protagonist, and that was Charlie. But as I was researching the book I talked to several actresses, and I started to want to have a female lead as well. That’s how Josie came into it.

Q: Why did you decide to focus on the world of actors, and what kind of research did you need to do to write the novel? Did you learn anything surprising? 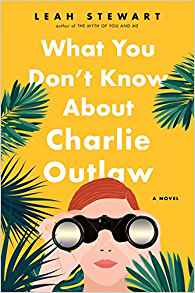 A: I focused on actors because the original idea was about a kidnapped actor, but I think there’s always a why about subject matter that has to do with an author’s ongoing preoccupations.

I write a lot about identity, and also about whether love is worth the inevitable ups and downs, whether that’s love of another person or love of an idea or, in this case, a art form and profession.

My theory is that both of those preoccupations come from going up military. Moving a lot as a child means you’re constantly adjusting your sense of yourself to the new context, and also that you’re constantly leaving people behind.

Writing about actors is an excellent way of exploring questions of identity. Not only are they other people for a living, but they play themselves in the public eye. On top of that, their fans and critics have all kinds of notions about who they are as people. It’s a hall of mirrors made even larger and more complicated by the internet.

I went out to LA twice to visit sets, sit in on a casting session, interview actors, etc. I read copious books on acting, and I sat in on acting classes at the University of Cincinnati, where I teach. 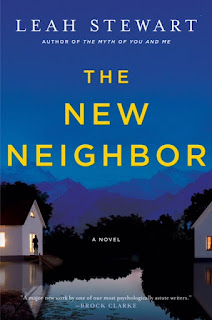 I can’t quite remember what surprised me, but I was fascinated by a lot of it—how sincere and open the acting students were, for instance, how committed to the art form. Or how detached the casting people have to be so that their jobs aren’t unbearable, because the auditioning actors are so vulnerable.

Q: How did you decide on the novel's title, and what does it signify for you?

A: I wanted it to reference magazine profiles of the stars. To me it suggests the questions of identity that I’m exploring in the book, as well as the intense fan interest in the personal lives of celebrities.

Q: Did you know from the start how the book would end, or did you make many changes along the way?

A: I knew parts of how it would end. A lot of the particulars I worked out during the writing. 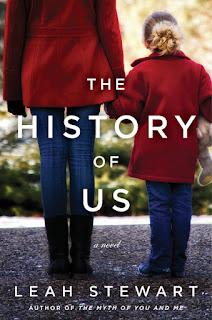 A: I’m working on a book that combines a trip to France and local politics, plus some 19th century history. I haven’t quite figured out how it all fits together.

A: How about some good books I’ve read lately? The World of Tomorrow by Brendan Mathews, A Separation by Katie Kitamura, HHhH by Laurent Binet, and We Love You, Charlie Freeman by Kaitlyn Greenidge.

Also some gripping suspense novels: Wicked River by Jenny Milchman, Not That I Could Tell by Jessica Strawser, and the upcoming I’ll Never Tell by Catherine McKenzie.

--Interview with Deborah Kalb. Here's a previous Q&A with Leah Stewart.
Posted by Deborah Kalb at 6:40 AM