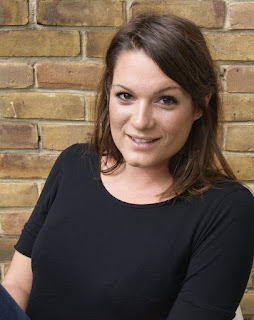 S.K. Perry is the author of the new novel Let Me Be Like Water. She also has written the poetry collection Curious Hands. She lives in London.

Q: How did you come up with the idea for Let Me Be Like Water, and for your character Holly?

A: I started writing the book in 2012, when I'd just finished university and was working in a call centre.

I was writing on my journey to and from work and on my breaks, and the scraps of writing ever so slowly became a novel; it wasn't something I initially set out to do, and up til that point I had kept most of my writing very private.

Then I started performing spoken word poetry and so experimenting with work that is written to be heard out loud, and the book started to grow into that; I was trying to shape Holly's voice - speaking as she does to Sam - as an auditory one.

Holly was someone I got to know slowly. It was my first novel and I really enjoyed discovering this about all the characters, how they take over and do their own thing, showing you who they are themselves.

I guess one thing I did deliberately with Holly was make her as young as she is, partly because I had not encountered many depictions of women in their early 20s experiencing such an intimate grief. 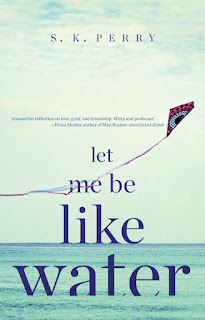 A: I changed it lots. Not a lot actually happens in the book, so the biggest edits I made were around the ordering of the chapters (which are very short, some just a few sentences long).

I wrote this book over several years, and so a lot of research went into it too, and that shaped the shifts and re-workings that I undertook.

Q: What do you think the book says about grief, and also about friendship?

A: Now that it can belong to readers, I don't really think it's my place to answer that. I imagine it will mean different things to each person who chooses to read it, and that is the magic of a book, maybe.

I love that you asked about friendship too though, because whilst this is absolutely a book about grief, I really enjoyed developing the friendships in it, and the love story between Holly and Sam too, which is really (I think) at its core.

A: The book takes place over a year - the first year after Sam has died - and is divided into four sections: each named for a season, and each starting with a haiku.

The phrase “let me be like water” is in one of the haikus, and so my agent and I pulled it from there. Water is such a huge part of the book; the sea, the coast, and the weather - all bound by the seaside setting of Brighton (UK) - hold the story, and hold Holly too.

I think the book is about her trying to escape grief -- to do anything she can to make it not be true that Sam is dead. She wants to run away, to disappear, to hurl herself about... these are all things that water can do.

A: I am just about to start a PhD at Manchester Metropolitan University, with a scholarship from the AHRC to write my next novel. I am also writing a collection of short stories and maybe some poems too, that all address healing and recovery after sexual violence.

A: I don't think you can write if you don't read, so I'll tell you what's on my bedside cabinet.

I have just finished Virgie Tovar's You Have The Right To Remain Fat, and I believe every person should read it; it's a gorgeous, courageous, world-changing book.

I'm also partway through Daisy Johnson's Everything Under - so far it's keeping me guessing, which I like - and I'm re-reading Sophie Collins' Small White Monkeys, a bold and affirming book on the aftermath of sexual assault.