Karen Brooks is the author of the new novel The Locksmith's Daughter, which takes place in 16th century England. Her other novels include Illumination and The Brewer's Tale. An academic, social commentator, and newspaper columnist, she lives in Australia.

Q: You note that you've always been fascinated by locksmiths. How did you come up with your character Mallory, the 16th century locksmith's daughter?

A: It wasn’t easy coming up with Mallory. When I first started writing, I knew where and how I wanted her to end up, but as to how to introduce her, what type of person she’d be, I was a bit stuck. Basically, she evolved (hopefully as a fully rounded person) as I wrote and rewrote.

I wanted her be someone who, despite being given wonderful opportunities (education, learning a trade at her father’s side, a respectable upbringing) felt she needed to redeem herself in her eyes and society’s because of something dreadful she’d done – a poor choice she’s made.

I think once I pinpointed what kind of mistake she would make and why, her character – her inner strength, ability to own her errors and seek not to repeat them, her strong moral code, empathy, capacity for forgiveness etc – came forward. She learns from her blunders and those others make and doesn’t try to excuse her faults but mend them.

Does that make sense? I fell in love with Mallory as I wrote and wish I was half the woman she is!

I should also tell you, when I first started writing, I didn’t have a name for her (I did most of the other fictional characters); but my heroine’s name eluded me.

Then, one day, I was fetching the mail and there was a letter for the previous owner of the house we’d just bought. Her name was Mallory. That was it: I had my name. That it’s also a version of one of my favourite writers was serendipitous. 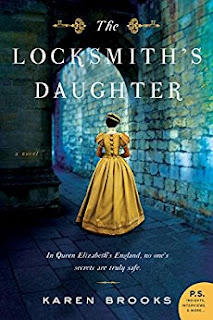 Q: The novel includes both fictional and historical characters. What did you see as the right blend between the two?

A: What a great question! It’s hard sometimes to know the “right blend,” but I think you’ve hit the nail on the head when you describe it that way. The real figures need to merge seamlessly with the fictional and vice-a-versa to allow the story to both ring true and sing.

Fortunately, this era had so many wonderful historical figures, so rich yet flawed in their ideals and actions they lent themselves beautifully to not only being acknowledged in their own true right but being fictionalised a little as well.

What I mean, it was relatively easy to flesh the real historical figures out with imaginary dialogue and through their relationships with invented characters. I think that’s how you do it – by making sure the relationships between the real and imagined characters resonate.

Whether or not you achieve the right blend is, I think, something readers decide. So, you sort of hold your breath and await feedback very nervously in the hope you have accomplished this. I really hope I have with this book – and all my others!

Q: What do you think Mallory's life says about the role of women in Elizabethan England?

A: In many ways, Mallory is an exception rather than the rule. Though I think what some people overlook is, for all the restrictions placed on women in that era in terms of things women take for granted now – education (and literacy), ability to step up professionally, politically and socially and the rights we’ve accrued, and be autonomous (as opposed to having any liberties facilitated by and through men), never mind freedom of religion – England was ruled by a very, very clever and manipulative woman. 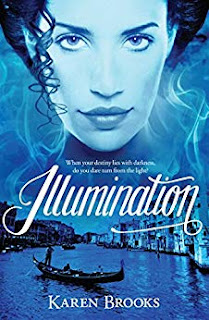 Queen Elizabeth Ist defied the typical woman of the period in so many ways by having an independence (of thought if nothing else) that was way beyond what women in other classes could ever hope for.

Having said that, she was answerable to men – her Council etc., but she managed to control and even use them in her own way. She was a remarkable woman and, really, she was a product of that time as much as anyone else.

I took aspects of Elizabeth’s life (its restrictions and freedoms) as a template for exploring what my heroine could and couldn’t do, well aware that even back then there were other women breaking boundaries and being totally corralled by them as well.

Q: You clearly did a great deal of research to write the book--did you learn anything that you found especially surprising?

A: I learned so much that surprised me. Shocked me too – from the restrictions placed on women, lack of literacy, high degree of poverty and violence, to the spendthrift ways and decadence of the court.

But I think the most astonishing/appalling thing for me was the degree of religious intolerance, persecution and the suspicion it engendered – and here I’m talking between Catholics and Protestants – don’t get me started on what was considered non-mainstream religion back then and the troubles there. What happened was horrifying and utterly deadly, which the novel explores.

I say this over and over, the more I learn about the past, I understand that we, sadly, don’t. We keep replicating so many mistakes (unlike Mallory!) which lead to hostility, division and exclusion and for what? I think we forget that what we have in common as humans – our basic humanity - far outweighs any differences. 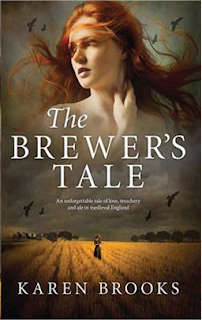 A: I have just finished editing my next book (out June 2019 with William Morrow) called The Chocolate Maker’s Wife. It’s set during the restoration of Charles II (1660s), another time of huge political and religious upheavals and when London particularly, after years of austerity under Cromwell, became quite hedonistic and naughty.

A range of exotic foodstuffs and drinks came to English (and American) shores during this period and one of these was chocolate, a delicious drink that was considered an aphrodisiac and very, very dangerous – just like the people that ran and occupied the houses which used to serve it…Just like the wife in the title of the book.

It was also the period in which the Plague and Great Fire ravaged the city and transformed not just London and beyond, but people’s lives.

I am also halfway through my next book, which is set in Scotland in the early 1700s and is based on a terrible true story involving witchcraft, religion, money (doesn’t it always?), war, love, loss, authority and a group of amazing strong women. I really hope I get the right blend with this one!

A: Thank you so much for asking such great questions.