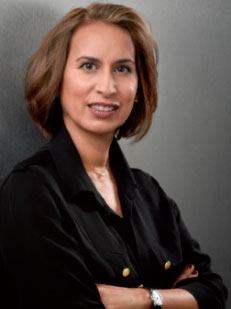 Michele Campbell is the author of the new novel She Was the Quiet One. She also has written the novel It's Always the Husband. A former federal prosecutor in New York, she now lives in New England.

Q:  How did you come up with the idea for She Was the Quiet One, and for your twin characters, Bel and Rose?

A: I knew I wanted to keep writing about [the] intense relationships between women [I’d written about in my first novel] and dig even deeper.

I read a gripping profile of Lee Radziwill that talked about her fraught, competitive relationship with her sister Jacqueline Kennedy Onassis, and the light bulb went off.  I thought – sisters!

In the first draft of the book, Rose and Bel were not twins; they were sisters, one year apart in age, with Rose being the elder. But the age difference unfortunately caused logistical complications in the plot.

My brilliant editor, Jennifer Enderlin, suggested making them twins so they would be the same year in school. I’m so glad she suggested that, because it led to a new depth of intensity and twisted-ness in their relationship.

Q. The story takes place at a New England prep school. How important is setting to you in your writing?

A:  Setting is always very important to my writing. In She Was the Quiet One, it’s so important that I’d describe it as a character in its own right as well as a critical driver of the plot.

A recent review of She Was the Quiet One in The New York Journal of Books described Odell Academy, the school the Enright twins attend, as “a place heavily laden with dark woods, atmospheric fog, and a sense of isolation from the rest of the world.” 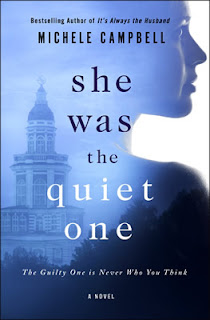 That sense of Gothic foreboding permeates the entire book and adds a tremendous feeling of dread to the events leading up to the murder of one of the twins. (I won’t say which twin dies, since that is a major part of the mystery).

The boarding-school setting also drives the plot. The negative influences at Odell, including rivalries, cliques and hazing, lead to the breakdown in the twins’ relationship. Their relationships with the Donovans, a married couple who teach at the school, are also central to the events that unfold.

Q: Was your writing process similar with this book compared with your first novel?

A: Yes.  However, She Was the Quiet One went through many additional drafts and took longer to write than the first book. (This is not unusual for second novels, which are so notoriously difficult that authors talk about “sophomore slump.”).

In previous drafts of this book, I had included additional points of view. For example, Heath Donovan, the charismatic English teacher whose ambitions and weaknesses drive critical elements of the plot, had his own chapters. So did Grandma Martha Enright.

Ultimately, my editor and I felt earlier drafts were too complicated, in part because the additional viewpoint characters were weighing down the narrative. There is always a tension between character and plot in a thriller, and ultimately character has to serve plot in the genre. 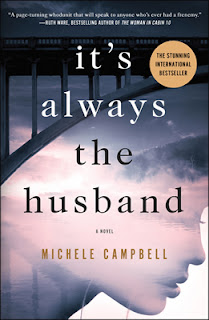 We streamlined the book by reducing the number of character viewpoints, which made the plot faster and more propulsive. But that additional work still shines through, I hope, in characters more textured and fully realized than one often finds in plot-driven thrillers.

Q. What do you think your legal background brings to your fiction writing?

A: An author uses everything she knows when she writes. That includes the universal things as well as the specific things. I’m a lawyer and a former federal prosecutor, and I write about crime. I’m also a person, a woman, a wife, a mom, a friend. It all goes into the mix.

However, I do believe that my previous career in law enforcement, as well as my familiarity with the setting, gives my books an extra authenticity. There will always be a police investigation in any Michele Campbell book.

In She Was the Quiet One, the investigation unfolds partly through transcripts of the two detectives, Robert Kriscunas and Melissa Howard, interviewing witnesses to the crime. (Every witness is also a character in the narrative, whom the reader will see on the page, taking part in the action.)

I think – I hope – the interview transcripts come across as convincing and authentic because of my own experience as a criminal prosecutor, interviewing hundreds of witnesses over the years. That gives the book a certain texture that allows the reader to get swept up in the story. You can’t fake that, and you can’t research your way into it. You have to live it.

Q. What are you working on now?

A:  My next book, A Stranger on the Beach, will be out Summer 2019. It’s the story of a scorned wife's indulgence in a brief fling with a man she meets on the beach, which descends into a nightmare that leaves her accused of her husband’s murder. It’s Fatal Attraction meets Gone Girl. This one is hot!

--Interview with Deborah Kalb. Here's a previous Q&A with Michele Campbell.
Posted by Deborah Kalb at 7:42 AM