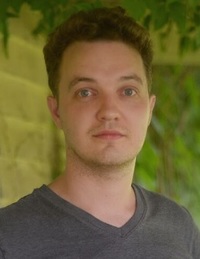 John Lingan is the author of the new book Homeplace: A Southern Town, A Country Legend, and the Last Days of a Mountaintop Honky-Tonk. His work has appeared in a variety of publications, including The New York Times Magazine and BuzzFeed. He lives in Maryland.

Q: What first interested you about singer Patsy Cline and her hometown of Winchester, Virginia?

A: I tend to write a lot about music, particularly mid-century American music, so I just happened to be listening to Patsy one night and thought she might be fun to write about.

Then I was surprised to learn that she grew up quite close to my home near D.C. The proximity and the incredible timeless aura of her music made me want to find out more, and it ended up being a much bigger story than I ever expected.

Q: How did you learn about the Troubadour Bar & Lounge, and its owner, Jim McCoy?

A: Jim is a key figure in Patsy's life and career, the first person to ever put her on the radio. They were both teenagers at the time, and he was the sole country DJ at WINC in Winchester.

Everyone who cares about Patsy in Winchester told me to visit him, so I did, purely out of respect. I then learned about his own life and career, which is much bigger than his early friendship with a legend.

He too became a compelling subject, someone whose long life really reflected a lot of the major changes that occurred in the Shenandoah throughout the second half of the 20th century. 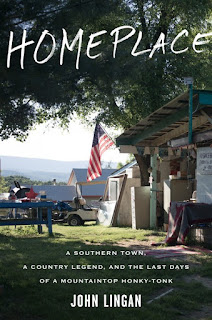 A: Originally I wanted something more recognizable from country music, a lyric or a song title. But they sounded a little overdramatic.

Meanwhile, "homeplace" is a word that Jim, like many southerners, regularly used to describe his whole compound up in the Blue Ridge Mountains. It signified that this spot wasn't just his birthplace, his business place, his place of residence. It was everything.

That word makes me think about people's connection to their land, which was really the unifying theme of all the disparate stories in the book. Everyone is looking to protect their idea of home. I must give credit to my editor Ben Hyman for recognizing the implications and possibilities of that word as a title.

Q: You write that one theme in the book is "the never-ending American fight between commerce and culture." How does that play out in Winchester?

A: Winchester was founded in the 1740s, incorporated in the 1750s, and played an important role in the French and Indian War, the Civil War, the Shenandoah agricultural boom of the early 20th century, and the continuing immigration battles in the southeast.

There are a lot of potential ways to define this place, lenses through which to interpret it. There are residents whose families go back hundreds of years, and many who just arrived.

There are rich people, poor people, white people, black people, immigrants, social workers, real estate developers, and many more "types" living here, trying to make sense of history and arrive at an honest representation of what this place.

Inevitably, people with money get to write the official history, even though history is often defined by the experiences and sacrifices of working-class folks, Patsy Cline being a perfect example.

So in Winchester, this divide looks like some people wanting to talk about George Washington, Stonewall Jackson, and Harry Flood Byrd, whereas others want to talk about Patsy or Jim McCoy, who were never rich while they lived here.

A: I'm scheming some freelance stories for magazines and websites while also looking for a good second book idea. I have some events and readings left for Homeplace, which you can see at my website. But it's exciting to start thinking about new subjects.

A: I started writing this book about rural America years before Trump became a candidate. Since the election we've of course had a lot of attention paid to communities like Winchester, the "heartland" voters who supposedly got the man to the White House.

I hope that Homeplace contributes to a conversation about the real demographic and ideological complexity of rural areas, one that is gaining steam thanks to writers like Elizabeth Catte and Sarah Smarsh.

Unlike them, I don't come from the place I wrote about, but I think I saw a lot of the same tensions and narrative blind spots that they have.

One of the biggest blind spots in our media is the inability to recognize that "Trump Country" includes boardrooms, the chambers of Congress, the coastal suburbs, Martha's Vineyard, and plenty more ostensibly enlightened places. Rural Americans don't need to be admonished, they need to be listened to.