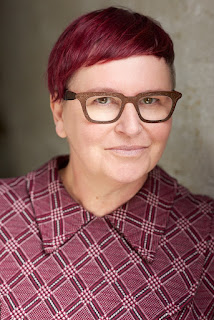 Tracy Farr is the author of the new novel The Hope Fault. She also has written the novel The Life and Loves of Lena Gaunt. A former research scientist, she lives in Wellington, New Zealand.

Q: You've said that with your new novel, you wanted to create something different from your first novel. Was your writing process different this time as well?

A: It was. One of the most striking differences was that writing the second novel was a very solitary process. While writing my first novel, The Life and Loves of Lena Gaunt, I sought input from a number of beta readers, over several revisions (and several years!).

Then I worked with my publisher on a series of major revisions, both before and after we went to contract on that first book. I felt so lucky – and learned so much – having that level of collegial care and professional attention.

While that first book’s manuscript benefited from being shared with other writers and readers, what The Hope Fault seemed to need most was for me to read widely.

Sometimes that reading felt like distraction or procrastination, seemingly unrelated to what I was writing – and yet, whether by stumbling instinct or intelligence or serendipity, it almost always ended up feeding the manuscript.

One of the most useful things I seem to have learned from the process of writing the first novel was to be patient and gentle with myself, particularly when things didn’t seem to be moving or working.

I gave myself time to process ideas, for the work to happen in my head, and in my notebooks. I learned to back off, give myself space and time, rather than to pressure myself to make quantifiable word-count progress every day.

It wasn’t a conscious decision, but I just didn’t feel the need to show the manuscript of The Hope Fault to anyone as I wrote. Perhaps it’s truer to say that the manuscript wasn’t coherent enough to show anyone until – right at the end, when I pulled it all together – it was finished. Until that point, it was a great big amorphous thing, like a cloud, without edges, without form.

So, no one saw or read any of it until I sent it to my publisher and said, “I think I’m done.” That instinct proved to be a good one: there was only relatively minor revision required on the manuscript from that point. It was pretty much there, in its final form.

Q: Your character Iris, you've noted, originated in an unfinished manuscript you wrote a long time ago. How did you separate her from her original surroundings and write something new for her? 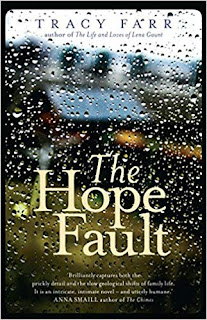 A: I’d written an Iris character in a few different stories over the years. In the unfinished novel manuscript, I’d written her both as a child and as an adult; there’s an early short story of mine, “Quiddity,” published in an anthology here in New Zealand in 2005, that features an adult Iris (though she’s called Ruth in that published version).

Having written Iris in different situations, and at different ages, I felt really comfortable taking her into the new setup of this novel – or perhaps it was the other way around, and in setting up the extended family that would populate The Hope Fault, I’d finally come up with the right home for Iris.

There’s one main aspect of Iris’ character that carries through all the different times I’ve written her: a sense of stillness, of being the fixed point at the centre of the lives of those around her. It was clear to me from the outset that there was something about stillness that was central to The Hope Fault, so it made sense that I turned to Iris.

In some respects, the important thing in this novel isn’t the specific landscape; it’s more about the people contained within the house. And yet … maybe landscape is everything.

When I started writing the novel, I set it in New Zealand, where I live, with Iris living in the suburbs of Wellington’s south coast, and the holiday house across the hill in the countryside just an hour or so away.

The unfinished manuscript I took Iris from was set in Wellington, too, so it felt quite comfortable to walk her into this new family situation in suburban Wellington. But at a certain point while writing the first draft, I realised something wasn’t working at quite a fundamental level.

The solution – for a whole set of logistic reasons – was to shift the novel from being set predominantly in New Zealand (where I’ve lived for more than 20 years) to being set in Western Australia (where I grew up).

That shift in setting solved the problems I was having, but also required me to make a range of downstream changes, and rethink the direction of the novel. I wonder now if that shift also helped me write something new for Iris, give her a fresh start.

Q: Did you know how your novel would end before you started writing it?

A: I really didn’t know, at an early stage, exactly how the novel would end, though there was always in my mind a clear sense that the novel would end in some form of ritual, or celebration. I had to write my way into the novel to find the precise details of that ritual.

I wanted the novel to open out (in many senses) at the end. It’s not a spoiler to reveal that, though this novel is drenched in rain, at a certain point the rain stops. So there was always a sense that I was writing towards some sort of literal and metaphoric clearing: a clear view, clearing skies, coming out of the house and into sunshine. 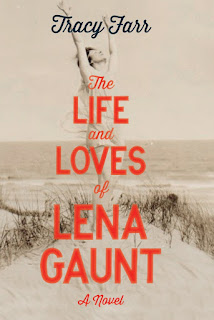 I also had a strong visual sense of the final scene as a long film shot – or perhaps as frames in a graphic novel – with the camera/point of view pulling back and up and up, and widening right out, so the detail (of faces, of words, of names) is no longer visible, and we finish on a really wide, high shot – a crane shot, though perhaps a drone shot is more likely these days – looking down at the family together in the landscape, before we fade to black, or turn the final page.

Q: You've said that your next novel involves triplets. Why did that interest you?

A: I was already interested in writing about “multiples” – twins, triplets – back in mid-2015, when I was close to completing my revised draft of The Hope Fault.

I can’t recall now what had prompted me to write that novel’s sibling characters, Paul and Marti, as twins, though I recall reading The Grass Catcher, Ian Wedde’s 2014 book of memoir/essay, and his writing about being a twin made a strong impression on me.

Having decided to write Paul and Marti as twins, I was curious about how the twin relationship differed from singleton sibling relationships.

With serendipitously perfect timing, there was an exhibition in mid-2015 at City Gallery in Wellington of video installation works by Berlin-based South African artist Candice Breitz.

Factum (2010) is a series of video works, in each of which Breitz interviews a set of identical twins (and in one, “Factum Tang,” a set of triplets), all of different ages and backgrounds and circumstances.

Each work is composed and edited to examine, reveal, and play on similarities and differences in what the twins say and how they say it – how individual voices harmonise, and how they distinguish themselves from the other.

Breitz has a Vimeo channel where you can see a range of her work online, including some of the Factum works (e.g. "Factum Tremblay," "Factum Tang."

In the end, though, I didn’t write about the twin relationship as much in The Hope Fault as I thought I might; it was very much in the background. So it felt like something I still wanted to explore in my writing.

Once I’d finished The Hope Fault, and it was time to start work on this new novel, I dug out my early notes that conceptualised Wonderland as a novel about two sisters.

But on the first line (dated January 1st, an auspicious day for new starts) in my new writing notebook (titled “Wonderland the 1st”) I wrote:
Where to start? It may be that there are 3 sisters, rather than two.
Then later that same day, a few pages on in my notebook, I wrote:
Are they triplets? (identical??)

By the end of that first day of work on the new novel, I’d convinced myself: yes, they’re triplets; yes, they’re identical. And some of the themes I’m exploring as I write are ideas that shook me when I saw the video installations by Candice Breitz: the nature of identity, reflection and reproduction.

There’s another aspect to this, too. Sisters intrigue me. I don’t have sisters – I have one sibling, a younger brother – and so the whole idea of the sister relationship is very strange and unfamiliar to me. I like writing about things I don’t properly understand, to try to make some sense of them, I suppose, or write my way towards understanding.