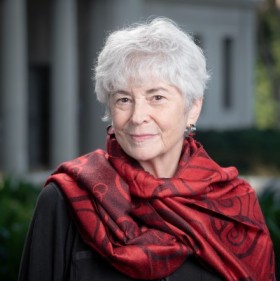 Nina Rattner Gelbart is the author of the new book Minerva's French Sisters: Women of Science in Enlightenment France. Her other books include The King's Midwife. She is professor of history and the Anita Johnson Wand Professor of Women's Studies at Occidental College.

Q: What inspired you to write this book, and how did you choose the women to include?

A: I have been interested in the women of the French Enlightenment throughout my career.

My first book was on feminist journalists of the period—yes, even in the 1700s there were some—and my second book was on a celebrity midwife who was appointed by King Louis XV to travel throughout the realm teaching the newest delivery practices in an effort to arrest infant mortality.

I’ve written articles on female activists in the French revolution. I once wrote an essay on a fictional noblewoman in a famous literary work who studied the night sky and learned about the heliocentric view of the universe.

But I’ve always wanted to get around to writing about women of science themselves in the 18th century, because one of the fields in which I was trained was the history of science.

For this book I worked on six different women in six different scientific fields, so it took me almost 20 years. I chose this particular group because over time I was able to learn quite a bit about them.

There were other such women I got glimpses of but for whom there weren’t enough sources, there wasn’t enough evidence to reconstruct their lives, their works and days.

It will come as no surprise that for centuries women have been written out of the history of science. So the process of finding their traces and then fleshing out their stories is difficult.

The six I chose were ones whose tales I could tell in some detail and texture. Contemporaries of these women wrote a lot about them, which shows that they were clearly forces to be reckoned with in their day: a mathematician who commissioned a portrait of herself meditating on Newton—a detail of this great pastel is on the book’s cover—, an astronomer who accurately predicted the return of Halley’s comet, a field naturalist who gathered and curated exotic flora on a round-the-world voyage, a botanist whose illustrations captured and immortalized hundreds of plants and flowers, an anatomist who made wax models of all body parts that she used as innovative pedagogical tools, and a chemist who figured out, more than a hundred years before Pasteur, that something airborne could cause putrefaction. 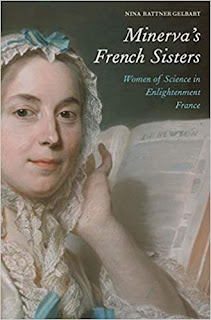 Q: The first woman you mention in the book is Emilie du Châtelet. What role do you see her playing during this era, particularly in relation to the women you write about?

A: Mme. du Châtelet was and still is the best-known female scientist in this period. First as Voltaire’s mistress, but then as a keen thinker and brilliant physicist in her own right, she has already been studied and written about by many excellent scholars. So she did not need my help!

Voltaire likened her to the goddess of wisdom, Minerva, explaining to a friend that she was the true author not only of her own scientific works but even of his popularization of Newton: “Minerva dictated, and I wrote.”

That is why I have called the less-known contemporaries of hers, who are the subjects of my book, “Minerva’s French Sisters.”

A: Given that my six women worked in such different fields, I needed to use numerous manuscript archives for my research: the school of pharmacy, the Paris observatory, the faculty of medicine, the botanical archives at the Jardin des Plantes, the academy of sciences, some provincial archives, to name just a few of the specialized places where I worked, in addition to the national archives, the national library of France, and the library of the city of Paris.

Did anything surprise me? Yes, the perseverance of these women to live lives in science when such ambitions violated the gender expectations of their day, which were to get married, run the house, and produce babies, especially boys, as quickly as possible.

That my six women were smart certainly did not surprise me, but the unique, creative ways they found to escape domestic confinement and achieve their goals were a revelation.

They did not expect society to change to accommodate them, so they discovered play in the machine, plasticity within the existing conventions, ways to make room for themselves in unprecedented roles, spaces in which to do their science. This was fascinating.

Q: You write, “Love of learning about nature, perseverance in the face of obstacles, determination to be useful, will and energy to buck the norm, to break free of limits—all were characteristics that distinguished them then and can be emulated today.” What do you see as these women’s legacy?

A: While I find these six women powerfully interesting as 18th century figures, I also believe they are inspiring for today.

Because their various ways of doing science show that many pathways are available for women determined to work in this area, I try to bring their stories into the present by stretching the biographical genre, transcending time, and writing letters directly to them.

The chapters have the scholarly format one would expect, but they are separated by “Interludes” in which I speak to each of the women, asking them about things I wasn’t able to resolve from the available sources.

Most importantly, I bring them up to date on their legacies.

The astronomer, for example, should know that there is a street in Paris named for her now, and that both a lunar crater and an asteroid also bear her name.

And I think the anatomist would be pleased that many medical schools are using models to teach, just as she did, in place of actual cadavers.

All six of them would like to learn that women in their fields are beginning to win global recognition and even Nobel Prizes now.

My letters to them don’t get answered, of course. But I think starting such a dialogue, posing questions, allows readers of the book to fill in some possible responses.

I believe that learning about the colorful lives of earlier scientific women does important social work, that their examples matter for those blazing similar paths today.

A: Around the time of the bicentennial of the French Revolution, in 1989, I worked a lot on a famous assassination that took place, the dramatic killing of the radical deputy and journalist Jean-Paul Marat, the so-called Friend of the People, by a 24-year-old woman who came from Normandy to Paris expressly to accomplish this murder.

Because Marat was ill with a debilitating skin disease, he was not able to attend the National Convention and was instead working from home on his newspaper, sitting in his medicinal bath. Charlotte Corday managed to get in to see him and fatally stabbed him in the tub.

The great artist David gave his propagandistic version of this scene in his iconic martyr painting of the dying Marat.

Corday hoped by snuffing out this man, whom she believed to be more dangerous than his fellow radical colleagues because he had the additional mouthpiece of his daily journal which reached a very broad reading public, she could help restore peace to France.

Unfortunately, the result was the opposite, and the Reign of Terror followed instead.

I am now back to working on the courageous Corday, who was of course profoundly misguided but who nonetheless believed that the Revolution could still succeed without the internal bloodshed, without descending into all-out civil war, and without the frenzied, incessant use of the guillotine.

A: In my work I take some liberties with the biographical form.

The traditional cradle-to-grave, womb-to-tomb story told in a removed, omniscient voice was a patriarchal invention. Carolyn Heilbrun and Mary Catherine Bateson, among others, have exploded this approach, and since then feminist biography has become increasingly inventive.

The biographer herself comes back into the frame, and attention is called to the fact that lives are not tidy, do not play out in ways that make perfect sense.

Instead, there are all sorts of twists and turns because lives are lived going forward into the unknown, not sewn up and inevitable as they seem to be if working backward from knowledge of their outcomes.

My second book, The King’s Midwife, did not have the canonical chapters one expects, but instead was told in dateline entries exploring what this remarkable woman encountered and dealt with at each of her many teaching stops throughout France.

What happened next was always a challenge, not preordained. Her progress was not linear.

Also, that book was written in the present tense, because while writing I found myself in the immediacy of this remarkable woman’s unpredictable journey.

The present book, Minerva’s French Sisters, draws the reader in by showing that these stories from another country two and half centuries ago, including the sorts of gender stereotypes these women had to overcome and the tactics they used to make their intellectual lives not just possible but meaningful, have substantial relevance for girls and women in the STEM fields today.