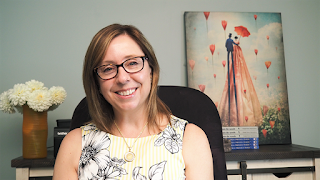 Hilary Hauck is the author of the new novel From Ashes to Song. Her work has appeared in a variety of publications, including The Ekphrastic Review and Balloons Lit. Journal. She grew up in the UK and lives in Pennsylvania.

Q: From Ashes to Song was inspired by actual events. Can you describe what led you to write this novel?

A: Before From Ashes to Song, I’d been struggling with a novel inspired by my grandmother’s life, but all I really had was the opening scene—her family home taking a direct hit in the Blitz.

I hadn’t lived in my native London for over a decade. I’d spent my 20s in Italy and had recently moved to the U.S., landing in a small coal mining town in Pennsylvania because of my husband’s work.

It was very different from what I had expected but I quickly came to appreciate the local history, in particular, the stories everyone seemed to have about their parents and grandparents.

One day I met a lady called Irene Smylnycky. I felt an immediate connection with the stories she told me of her family. Her parents had immigrated to Pennsylvania from Italy 90 years before I had. Her father, Pietro, was a clarinetist, a composer, and a coal miner. That fact alone had me yearning for more, plus there was a compelling love story.

It wasn’t long before I asked if I could tell her family’s story. And so, instead of my grandmother’s story of a British woman whose world was set on fire by the Luftwaffe in World War II, I began to write the story of an Italian musician whose vineyard is set on fire by order of the Italian ministry, and who then looks for a new start in America. 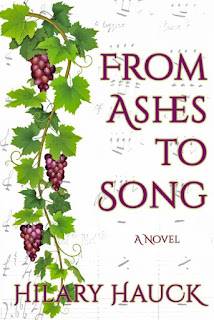 A: From Ashes to Song is about Irene’s family, but I gathered as much as I could from local stories trying very hard to capture the true essence of the town and people.

I used actual events that happened in the lives of the people who inspired the characters to build the plot, but over time learned that the characters’ journey had to do more of the heavy lifting than the truth.

Most of the births, deaths, and marriages are true. Many other events are true, but did not necessary happen in the same order, the same location, or even to the same person. Some parts of the real story, while fascinating, didn’t make it in at all.

Then there’s the history of coal company towns, the Italians who came over, and those they left behind. I put a lot of work into research, reading a lot, and traveling to local sites, Ellis Island, even to Italy.

I gained a lot of knowledge, but in the end, the most useful details came from stories told to me.

A: The novel has had multiple titles. One of my favorites was Sotto Voce, because it captured the way Pietro lived his life and sets a musical tone. But it was rather obscure and so at some point I came up with From Ashes the Song. My publisher, Sunbury Press, wisely suggested changing the to to.

For me, this title conveys the right sense of hope.

“Ashes” refers to the vineyard that is burned at the beginning of the story to stop the spread of a disease that is attacking the grapevines.

Later in the story, when Pietro has lost just about everything that’s important to him, he remembers how burning the vineyard signified a cleansing, a new start.

He decides to burn some papers as his first act in the process of—at last—taking control of his life, and from that act he finds the courage to write the song he was always meant to write.

A: I hope readers are inspired to find the courage to follow their true purpose, only without going through quite as much as Pietro to find that courage!

I also hope the story inspires people to share their own family stories, whether on the page or around the dinner table. There’s so much to gain from knowing who came before us and what they went through; it helps to put our own lives in perspective. I know my grandmother’s story has been an enormous influence on my life.

A: I’m working on the final revisions of a novel called The Things We’ll Never Have, a title that conjures quite a contrasting mood from my debut.

Unlike From Ashes to Song, this one sprung entirely from my imagination. It’s women’s fiction with plenty of twists. Set in 1964 London and Italy, it’s about three women whose paths cross after they have each been impacted by the loss of a man they love.

A: I’m a little obsessed with the power of stories. Life is finite, we only get one shot at it. Too often fear holds us back from the true purpose in our hearts. That fear can be overcome, especially when we can see how others have succeeded in overcoming it.

So the more people we can sit down with and learn their stories of overcoming the better. Or we can fast track and live a thousand lives through stories.

Real people’s stories, in particular, show us what could be within our own reach. If an ordinary coal miner can do it, there’s nothing to say we can’t all do it.

Though “ordinary” might not be the right word because I wholeheartedly believe that Pietro—and all of us, for that matter—are extraordinary in our own, unique ways.