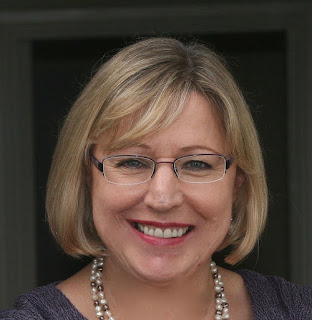 Flora Harding is the author of the new novel Before the Crown. She has written more than 75 books under a variety of pseudonyms, and she lives in York, UK.

Q: Why did you decide to focus on the courtship of Queen Elizabeth II and Prince Philip in your new novel?

A: I was fascinated by the Netflix series The Crown, and the way it gave us a glimpse of life inside the palace gates. The series opens in 1947, the day before the wedding of Princess Elizabeth and Prince Philip.

As a one-time romance writer, I found it impossible not to wonder what happened before that…How did Elizabeth and Philip meet each other? How do you fall in love when one of you is hedged around with protocol and deference and you are hardly ever alone together?

Until I started to research Before the Crown, I assumed that theirs was to some extent an arranged marriage, but it turned out instead to be a very real love story. They had to overcome a number of practical, political and emotional problems before they could be married but their wedding was only the start of a love that endured more than 70 years.

Q: What did you see as the right balance between the historical and the fictional as you wrote the novel?

A: One of the advantages of writing about such famous people is that so much is known about their lives. So when it came to plotting, the events – and many reactions to those events - were mostly a matter of record, which certainly made things easier for me.

Obviously, the dialogue is fictionalized, as is the fact that Philip always calls her Elizabeth in the novel while the rest of the extended royal family and other intimates call her Lilibet – I have no idea if this is true or not but it felt true to his character.

He is the only person who treats her as a woman, not a princess or a future queen, the only one who sees her as Elizabeth. 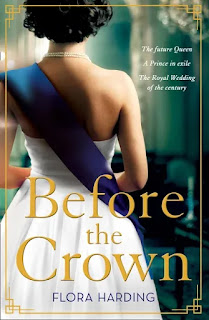 Otherwise, I fictionalized very little. For instance, we know Philip sent Elizabeth a gift for her 21st birthday when she was in South Africa. It came in a small, heavy box but she opened it alone and didn’t tell anyone what it was, although it brought tears to her eyes. So while the gift is historical fact, I made my own guess about what it might have been.

I did, however, invent two scenes that I felt the story needed and although there is no evidence for either, there is nothing to suggest that they didn’t happen either, and both seemed entirely plausible to me.

The first is Elizabeth’s suggestion that they consider marriage from a purely pragmatic point of view. It’s generally accepted that her feelings for Philip never wavered and that a schoolgirl crush soon developed into love when they encountered each other again in 1943, but Philip’s feelings seem to have been more ambivalent.

If I had been a shy princess wanting a man but uncertain of how he felt about me, I think I would have been tempted to save my pride by suggesting I was thinking only about a sort of marriage of convenience.

I could imagine, too, Philip going along with idea for practical reasons, and not realising his own feelings until it is nearly too late… The scene introduced an element of tension to the story, too, leaving Philip never quite certain about what Elizabeth feels for him.

Similarly, I invented an argument between the two of them towards the end of the book. I wanted a reason for them to confront their own feelings and to admit that they love each other – the climax of any romance - before the wedding itself.

Given that there were plenty of tensions around the wedding plans and that Philip was involved in a stupid prank that went down very badly indeed at the Palace, it seemed to me that a row wasn’t that unlikely!

A: I read a number of really excellent biographies, together with fascinating (but biased) first person accounts written by Marion Crawford, governess to the two princesses, and Prince Philip’s one-time valet, John Dean, and a biography of Prince Philip written by his cousin, Queen Alexandra of Yugoslavia.

As it happened, with my historian hat on I had been writing about the royal palaces, including Buckingham Palace and Windsor Castle, which really helped with the background.

It meant that I knew a little about Princess Elizabeth’s story, but I was really interested to find out about Philip’s childhood and a background that was at once ramshackle and deeply glamorous.

I had no idea just how European he was, growing up with relatives scattered in castles and palaces across the Continent, speaking a mixture of French, German and English.

At the same time, his was such a human story of a boy looking for a home, always “a dog in search of a basket” as his cousin described him, of a man considered an outsider by the Establishment who married the heir to the throne against all the odds.

Q: Given the recent death of Prince Philip, what do you see as his legacy?

A: Prince Philip was a strong character, impatient of protocol and clearly tricky in many ways, but he was also forward-looking and interested in science and technology. He pushed the Royal Family to modernise but at the same time he epitomised very traditional ideas of duty and service.

On a personal level, I suspect it was he who kept his family together through some tumultuous times, but nationally his greatest legacy will probably be the Duke of Edinburgh Award Scheme which has encouraged generations of young people to challenge themselves and gain new skills and confidence.

A: I’m writing a novel about Princess Diana and Princess Charlotte, daughter of the Prince Regent, whose tragic early death in 1817 changed the course of the British monarchy. Charlotte was as popular as Diana in her time and the parallels between their lives are fascinating.