Paul Lisicky is the author of the new book Later: My Life at the Edge of the World. His other books include The Narrow Door and The Burning House. He teaches in Rutgers University-Camden's MFA program, and he lives in Brooklyn.

Q: Later: My Life at the Edge of the World describes your life in Provincetown, on Cape Cod, in the 1990s. Why did you decide to focus on this period, and what does Provincetown mean to you?

A: I arrived in Provincetown as a Writing Fellow at the Fine Arts Work Center in 1991, which was a time in which the town was a refuge for people with HIV and AIDS. There were often four funerals a week in a place with a year-round population of 3,000.

At the same time, I was coming into my own as a young queer person. How do you survive, how do you have hope when all signs point to the fact that there might not be any future for you? That was the struggle I was up against every day.

Provincetown has always been known as a place of inclusion. If you’re drawn to it, you’re likely to experience it through the frame of your own life story, your own desire for freedom.

I don’t think there’s ever really one Provincetown. It’s a place of simultaneous personal myths, and my hunch is that there’s often a rift between those myths and the town of buildings, stores, beaches, bars, and dunes.

That’s what makes it fascinating to me. A Provincetown of the facts alone could never be enough. It’s impossible to own and colonize it, because you have to leave room for all of the stories that haven’t yet been told.

A: Initially I thought I should come with up with something that had some poetry in it, a phrase that conjured up an image, but everything felt forced. 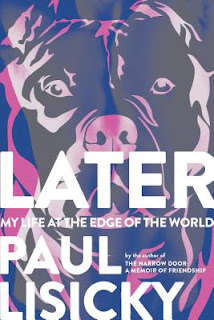 Late in the life of the book, I had the sense that the book wanted something casual, offhand. In many ways the book wants to enact queerness, the notion that queerness is wired toward an impossible-to-touch future.

There’s a beautiful quotation from José Muñoz that captures that: “Queerness is not yet here…. We are not yet queer. We may never touch queerness, but we can feel it as the warm illumination of a horizon imbued with potentiality.”

So the word “Later” is a kind of nod to the story we’re on the way to becoming.

Q: In our previous interview a few years ago, when you were working on this book, you said, "It was a time of devastation but also a time of great humor and joy." How did those emotions blend at the time, and what did you see as the right mixture as you were writing the book?

A: One of the ways people take care of each other is through humor, even if it's gallows humor. Humor is performative. It expects a reaction, and it both engages and distances us from dread and anxiety.

And when our lives are under the most extreme pressure—well, I’m just thinking of living in our current pandemic.

There was a bee outside my living room window, darting around for a good 15 minutes the other day. And my isolation and the bee’s crazy freedom—the absurdity of our two positions brought me—well, if not joy, it made me feel supremely alive.

I tried to be mindful of folding those moments into the book, because in all honesty, so many of my memories of the early 90s are memories of laughter and all-out silliness—and I know that that was happening against, or even because of, this peculiar sense of being enveloped by an illness without boundaries. 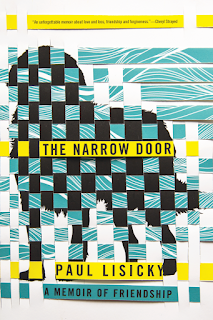 Q: The book focuses primarily on the early 1990s, but you include a closing section set in 2018. How does the Provincetown of 2018 compare with the town of the early ‘90s?

A: Provincetown is one of the few places I know of that’s an actively loved place. It’s impossible to take it for granted if you live there, or even visit for a few days.

A lot of that has to do with its beauty, its startling light, and what the full moon does to the surface of the harbor on a night when the wind isn’t blowing.

I arrived in Provincetown at a time when the whole town might as well have been a hospital. Everything was attuned to staying alive, taking care of the sick and the dying.

It was a place of ongoing emergency, but there was an extraordinary sense of community in the atmosphere. I didn’t yet know that that that emergency would subside with the arrival of life-sustaining drugs in 1996.

These days it’s very expensive on every level, and it’s next-to-impossible for those without the means to live there, even visit.

Many of the people who live in Provincetown now are in their 50s and above; it’s no longer a town of kids. It would be wrong to romanticize that town of kids, given what that place was up against back then.

A: I’ve been writing a book about my late father, a guy who was so many things: idiosyncratic, charming, demanding, dismissive, impulsive, obsessive, and that’s only the beginning. He refused to be still.

He also seemed to be an archetype of a certain kind of driven, self-inventing American character, and so far he seems to be resisting any stable container I try to come up with for him. It could just be that the text needs to be more upfront about that, and that needs to be one of its subjects. 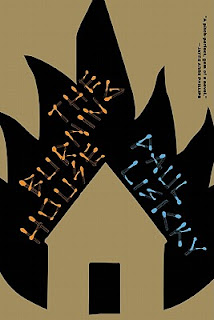 A: I’ve been asked a lot about the relationship between those especially fraught AIDS years and the era of COVID-19. It seems to me a function of our human craving for structure and patterns: it’s hard to see B on its own terms unless we’re holding it up against A.

One was ignored, or thought by some to be the domain of people not like us, people who did bad things. The other strikes all levels of society, people of all ages, though primarily older people, those who are already immunosuppressed, and, especially in the U.S., black and brown people.

One has brought about the deaths of almost 38 million people, one million globally as recently as last year, and I could keep going.

This is not at all to enter into a competition between the two pandemics, but I’m struck by this feeling of time being crushed, of this moment being awfully familiar once again.

If anything, the present might be a way into greater numbers of us having compassion for—or attending to the ramifications of another ongoing struggle, which has been dismissed and undervalued for too long. Maybe that’s the only way for us to better deal with the possibility of a future.