Oksana Zabuzhko is the author of the story collection Your Ad Could Go Here, now available in an English translation. Her many other books include the novels Fieldwork in Ukrainian Sex and The Museum of Abandoned Secrets. She is based in Ukraine.

Q: Over how long a period did you write the stories in Your Ad Could Go Here?

A: The stories included in this book range from 1997 ("I, Milena") to 2017 ("No Entry to the Performance Hall After the Third Bell"). During these two decades I published over a dozen books, fiction and non-fiction, including two collections of stories.

Your Ad Could Go Here presents many of my recurring themes developed over that time.

A: The title emerged before the story was written. 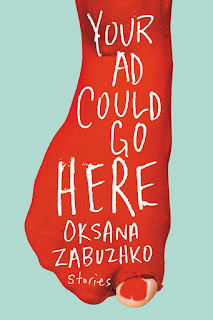 This is not unusual in my work: I am sensitive to language. I like to eavesdrop, to listen to people talking on trains, to read billboards, to browse social networks, just to catch a sticky phrase here and there.

Sometimes a phrase rings the bell, promising a story coiled inside it. In my notes I have a whole collection of such “titles without stories,” with Your Ad Could Go Here off the list, now that it has finally “met” its story.

For this title – announcing the availability of space emptied by someone unknown who’s been here before you – has always sounded to my ear like a “memento mori” of the consumerist age. There’s a flavor of loss dissolved in it, something I wanted to preserve in my book.

Q: The Kirkus Review of the book describes it as "Evocative stories about the way national issues impact even the most personal aspects of life." What do you see as the relationship between the political and the personal in these stories?

A: My special object of fascination has always been to trace how history reveals itself in people’s lives on its most personal, “nuclear” level. In my debut, and still most-translated novel, Field Work in Ukrainian Sex, I used a frustrated woman’s body to map national traumas inherited from previous generations.

The family stories in Your Ad Could Go Here, can, at a certain level, be read as “political.” After all, let’s face it, Aristotle was right – we are political animals. 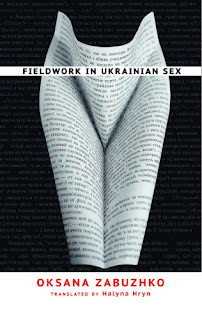 Normally, we just fail to recognize how deep they reside under our skin. It took our civilization ages to develop a concept of privacy that is respected and guarded by social institutions.

We used to sigh in relief that we had won, and the age of totalitarian control over the personal was behind us. Now we find ourselves in a digital age that keeps destroying our privacy at pandemic speed.

So maybe it’s high time to have a closer look at how the private is shaped by the political, if we want to keep our sanity for post-COVID times.

A: Oh, this won’t show until the quotations in reader reviews start repeating themselves. 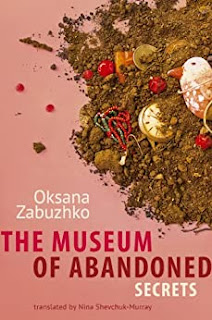 Readers’ reactions to the same book can be quite different in different cultures, you can never tell in advance what exactly a new audience will recognize in your book as “theirs, too”--every new publication is like diving into darkness. I can’t wait to hear from the first readers of Your Ad Could Go Here.

A: My novel-in-process is entitled The Diary of Cassandra. It’s based on the story of the Trojan war, with a focus on the anatomy of women’s presence behind the war stage: a manipulative politician (Helen) versus a public servant (Cassandra).

I started writing it back in 2013, ironically, right before the current Russian-Ukrainian war began, having interrupted my work for a long while.

Now, seven years later, I know more about war, manipulation, and populism from my own experience than I could ever have expected from any research, and the question is how to incorporate this unplanned knowledge into the texture of my story without ruining it.

A: I guess all the rest is in the book; thank you.