Ruth Hogan is the author of the new novel Queenie Malone's Paradise Hotel. Her other novels include The Keeper of Lost Things. She is based in the UK.

Q: How did you come up with the idea for Queenie Malone's Paradise Hotel, and for your character Tilda?

A: One of the great joys of being a writer is that you can create a world and then live there while you’re writing the book. I loved living in Queenie Malone’s Paradise Hotel!

I am particularly interested in writing about characters who I describe as “cracked in the kiln” in some way - people who are different, who live off the edges of mainstream society or people who just live their lives as they see fit and don’t give a damn about what other people think. The Paradise Hotel was a perfect home for these people.

I was also interested in exploring the relationship between mothers and daughters and how complex and conflicting it can be. The character of Tilda (known as Tilly when she was a child) is based on many of my own memories when I was growing up.

It was great fun to reminisce when I was writing about her experiences, but I also share some characteristics with Tilda. Tilda and I both experience OCD and so it was interesting for me to write about that and how it affects Tilda’s behavior, and also how the seeds were sown in her childhood. 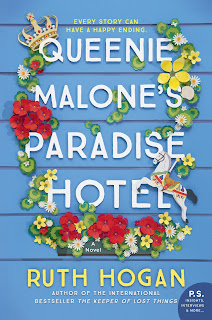 Q: You tell the story in two timelines, Tilda as an adult and as a child. Did you write the novel in the order in which it appears, or did you focus more on one timeline before turning to the other one?

A: Ooh, I love a dual narrative! It can be a real challenge and I enjoy stretching myself as a writer. I always write the novel in the order it appears on the page. I think this really helps to achieve the right balance between the two narratives for the reader.

A: For me, writing a novel is like going on a journey. I know where I’m starting from, I know the characters that I’ll be taking with me and I know (pretty much) our destination. But how we get there is the fun part, and I never know exactly that is going to turn out until I’ve written it!

Q: In your acknowledgments, you thank the city of Brighton. How important is setting to you in your writing?

A: Brighton is a place I’ve always loved even before I visited it for the first time. My dad was born there so maybe there’s some sort of attraction to the place in my DNA.

In 2016, I eloped to Brighton, got married in the Royal Pavilion and marched down the pier in my massive meringue of a frock to ride on the carousel of galloping horses with my new husband. There were no strange looks from anyone because things like that happen all the time there, which is why it was the perfect setting for Queenie Malone’s Paradise Hotel. 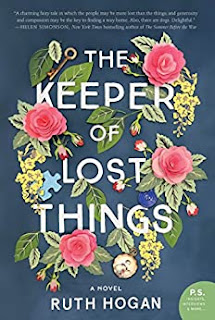 I needed somewhere where my quirky characters would feel at home. Brighton is colourful, a bit bonkers and very inclusive – somewhere where differences are tolerated, even celebrated.

I think a sense of place in a novel is crucial and for me I need to see the setting very clearly in my head and be sure that it’s somewhere where my characters belong.

A: I’ve just finished writing my fourth novel, about a tarot card reader, palmist, and clairvoyant.

A: That I’m super excited that Queenie Malone’s Paradise Hotel is going to be published in the U.S.! I have a sparkly crown and two toy corgis (I also have three rescue dogs!). When I was a little girl, we had two real pet corgis called Tracy and Tammy, and Tracy was related to Queen Elizabeth II’s corgis. I still have her pedigree to prove it!