Charlotte Duckworth is the author of the new novel Unfollow Me. She also has written the novel The Rival, and she runs a website design studio. She lives in Surrey, England.

Q: How did you come up with the idea for Unfollow Me, and for your characters Violet, Lily, and Yvonne?

A: It all stemmed from my own fascination with influencers when my daughter was a baby. I found myself watching lots of family vloggers online, getting completely absorbed in their lives.

One of the influencers I was watching was pregnant, but when her baby was born, she didn’t reveal the gender of the baby for a few weeks. I had followed her pregnancy journey and I felt quite frustrated that she wasn’t letting her followers know the gender – and then I realised how messed up it was!

Why did I even care?! It was utterly bizarre that I felt I had a "right" to this information, when I didn’t even know her.

It got me thinking about how easy it is to become obsessed with these people, and I wondered what would happen if one of them just disappeared one day, with no warning. How would her followers react?

This was the seed of the story, and I knew I wanted to explore it from the point of view of the audience, rather than the influencer herself.

I started to think about what kind of people would get really, really obsessed with these vloggers, and slowly their stories came to me: Lily, the single mum, having a hard time of it, and watching Violet seemingly “living the dream.” And then Yvonne, who is desperate for a baby of her own, and who watches Violet for completely different reasons.

As for Violet, I deliberately kept her voice out of the story until the end. I wanted to focus on the fans’ stories, rather than hers.

But she has her own secrets and these are slowly revealed as her followers uncover more about her. I wanted the reader to be taken on the same journey of steadily uncovering the truth – in a way, I see the book as a textbook mystery. Hopefully it keeps the reader guessing!

Q: What do you think the novel says about social media and the impact it has on society? 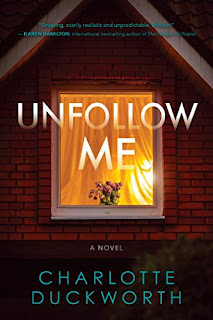 A: I suppose if I’m honest, the book is more about obsession and envy – two emotions that are as old as time - and the social media aspect is just a contemporary prism through which this obsession and envy is viewed. Women have always envied other women, women have always obsessed over other women. Influencers are no different from movie or pop stars.

But what is different is the sheer amount of information you can glean about someone you are fascinated by these days. It’s all out there, online, waiting to be discovered. And what takes it even further is the fact that influencers need their fans – without anyone watching them and their stories, they cease to matter, they lose their income.

For many women, social media has allowed them to earn an income while still staying at home with their children, and I completely understand and support their choice to do this. But how do you navigate that kind of strange relationship with your audience while maintaining any sense of a personal or private life?

I’m not a particularly private person myself – I’m an oversharer, if anything! I have never been particularly convinced by the argument that we have a right to privacy.

But after my daughter was born I did feel very ambivalent about sharing information about her with the world. I am still torn today as to what is wrong or right. If I share too much of her, am I somehow damaging her or putting her at risk? But if I share nothing at all, will she grow up wondering why I kept her from the world?

I don’t have the answers. I’m not sure there is “one” answer to this issue – a wrong or right way to behave. I am interested in the debate, and I enjoyed exploring it in the novel.

A: This was actually one of the easiest novels I have ever written!

The story genuinely did just unfold and although I had a rough idea of the ending – and I did know why Violet’s accounts were deleted overnight from the start – lots of the twists and turns just developed as I wrote. It felt like a really organic process, and I absolutely loved writing it!

I didn’t have to do much research either, as I had put it all the hours watching influencers when my baby was little myself, so I knew my stuff! 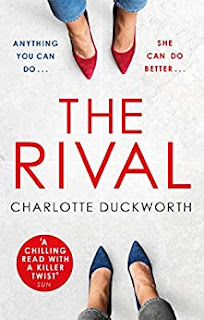 I had to make a few changes at the request of my editor – mostly around darkening it even further so that it served the needs of the genre and reader expectation. But these were just tweaks, the bones of the story and plot were in place from the start.

A: I admire any author who can write consistently with originality, and appeal to a wide audience. I admire authors who can hold readers’ attention, when there is so much to steal it in the modern world.

I am not snobby and never have been about fiction and I believe it is a medium of entertainment first and foremost, and so I most admire writers who write books that you can’t put down, whether that’s because of a compelling plot or fascinating characters, or simply great, evocative and escapist prose.

I tend to have favourite books rather than favourite authors but some contemporary authors I consistently enjoy include Maggie O’Farrell, Lisa Jewell, Clare Mackintosh, Caroline Hulse… there are too many to mention!

A book I recently really admired was Expectation by Anna Hope. I thought it was beautiful, and it’s a book I wish I had written.

A: I’m finishing the final edits for my third novel, The Perfect Father, which is coming out later this year. It’s another psychological suspense, about a stay-at-home dad who is not as perfect as he seems. Ha.

I am very interested in modern-day parenting and the challenges faced by families as they juggle childcare and their careers. Women still do the majority of childcare across the Western world, despite the huge leaps we’ve made regarding equal parental rights.

If a man chooses to stay at home to look after a child and let his partner go back to work, he’s regarded as a hero by some, but often, on another, perhaps hidden, level, as a failure by others, and often by himself too.

I wanted to explore how men deal with this situation, how they cope with losing their sense of identity when they are no longer in work. It’s something women are well used to having to navigate, but something men have less experience of!

A: You can find me online on Twitter and Insta @charduck and my website is charlotteduckworth.com. Thanks so much for an interesting interview!