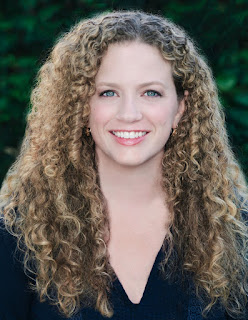 Kate Rorick is the author of the new novel Little Wonders. Her other novels include The Baby Plan, and she also is a television writer and producer. She lives in Los Angeles.

Q: How did you come up with the idea for Little Wonders, and for your characters Quinn and Daisy?

A: When I wrote my previous novel, The Baby Plan, about three modern pregnancies and how the lives of the moms intersect, I happened to be pregnant with my daughter.

Now, I have two kids under 5, so to say I’m in the preschool trenches is an understatement. I am extremely well versed in all the preschool PTA emails, the pressure schools place on the parents, and the constant worry that you’re not doing enough for the kids.

Quinn and Daisy are two sides of the same coin — they both want the best for their kids, their lives, everyone around them. But while Quinn thinks she knows exactly what that is and will bulldoze anyone in her way, Daisy is mired in uncertainty, second guessing herself, completely ill at ease in her new surroundings.

Also, we live our lives very much online. Mommy blogs, Instagram memes touting the best way to be a parent, Facebook pics of smiling families — we are all trying to project and attain a certain image. 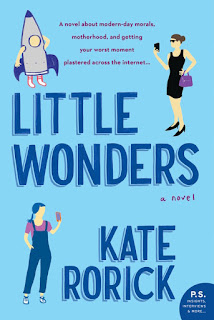 And yet, as Quinn and Daisy both learn when the video of Quinn losing her cool goes viral, it can also be the quickest way to undo any image of perfection you could cultivate.

There is so much pressure on parents — mothers especially — to be perfect. I have kidless friends who after reading the book asked me, “is it really that bad?” and the truth is, yep, it absolutely is.

Q: The novel is set in a New England town--how important is setting to you in your writing?

A: I find setting to be extremely important — as much a character in the story as the protagonists. It illuminates and/or throws Daisy and Quinn into sharp relief against each other.

The fictional hamlet of Needleton is picture perfect — if your version of picture perfect is upper-middle-class suburbia with colonial touches. Quinn thrives there — while city dweller Daisy is a complete fish out of water.

How they adjust to Needleton — or rather, how Needleton adjusts to them once the video happens — is as much a part of the story as how their other relationships are affected.

A: I knew that I wanted Quinn and Daisy to become unlikely friends, but that was really the only goal I had for them at the outset. I write a pretty detailed outline, and when I was drafting that, I found the hows and whys of their relationship that were fleshed out in the full manuscript. A: That nothing you see online is the whole story. That being the perfect parent is unattainable and puts way too much pressure on the parent *and* the kids. That every day is made up of a million decisions and sometimes you have to live your life one decision at a time.

Also, that preschool PTAs are rife with comedy.

A: My day job is writing television, and that’s consuming most of my time right now — but I do have a new book idea percolating. I was thinking I would put off working on it until after the summer, but my protagonists are nagging me something fierce. I might have to find a few hours here and there to spend with them.

A: Thank you so much for having me! I love hearing from readers, so if you want to reach out, my website is www.katerorick.com and I’m @NobleRorick on Twitter, Facebook, Instagram. (Fun fact: Kate Noble is my romance novelist pseudonym, hence the mashup.)