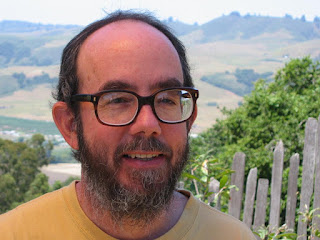 Paul Fleischman is the author of Alphamaniacs: Builders of 26 Wonders of the World, a new book for older kids, young adults, and adults. His other books include No Map, Great Trip and Seedfolks. He lives in California.

Q: How did you come up with the idea for Alphamaniacs?

A: Books beget books.  I was given Alastair Reid's marvelous Ounce, Dice, Trice at age 10, and entered the realm of alphamaniacs.

It had lists of good names for elephants, chains of definitions of arcane terms, attempts to spell the sound of yawning, not to mention lists of words that sounded like counting from 1 to 10: Ounce, dice, trice, quartz, quince, sago, serpent, oxygen, nitrogen, denim. Instead of a classroom, language could be a playground.

That book is still on my shelf, the seed that grew into Alphamaniacs. 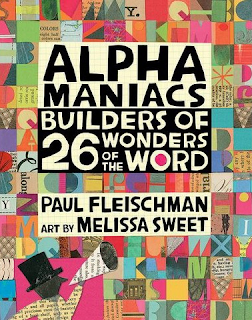 Q: How did you choose the people to include, and the order in which they would appear in the book?

A: Some, like Alastair Reid, I'd known about for years.

In high school I was one of the performers of a piece modeled by a friend on Geographical Fugue by Ernst Toch, who lived in our neighborhood.

I'd seen references to Georges Perec and his group, Oulipo.

Mike Gold, the calligrapher who designed a thousand A's, is a friend.

Others I had to search for, to fill topics that felt like they should be included, from invented languages to miniature books.

Originally the book was a stage play, with 26 subjects, one surname per letter, in alphabetical order. This made life hard: I might have several great characters for a letter, or none at all. This difficulty felt appropriate: I'd set myself the same sort of constraint that the Oulipo writers did. 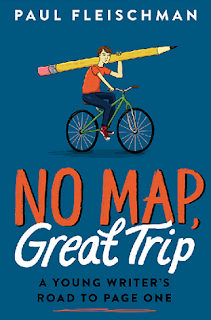 When I converted the play to a book, my editor suggested dropping this constraint, hard for me to accept until I saw the advantages: a better, more-diverse cast of characters, placed in the optimal order. There are still 26.

A: I spent years hunting down the subjects. The file that holds those who didn't make it in probably has information on 500 other word-obsessives.

To find them, I read books about book-making, book collectors, language, slang, codes, crosswords--scores of topics.  I checked bibliographies, which sent me down new paths.

Surprises? Around every turn. That people have been writing lipograms--texts that intentionally leave out a letter--since the ancient Greeks. That word subtractors turn one book into another through their deletions. That the search for the source of the word OK--described in Alphamaniacs--was the holy grail of etymology. 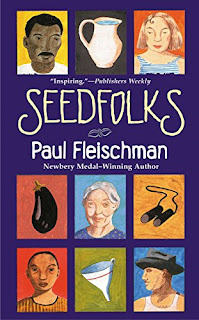 Q: What do you think Melissa Sweet's illustrations add to the book?

A: This book about books needed to be an exemplar of fine bookmaking. With its stunning design and Melissa's artwork--as playful and compulsive as the subjects profiled--that goal was undoubtedly met.

Q: Anything else about the book we should know?

A: The book's subjects didn't pursue their wild quests in search of money or fame, but out of curiosity, imagination, and a taste for challenge and experiment. Lives without those are lifeless.

This book is my defense of the arts, which are often described as a frill but aren't. Divergent thinking and doggedness are exactly what we need to solve the problems before us. All hail the alphamaniacs!

A: When I'm not writing I'm often backpacking. Combining those two, I'm working on a book about John Muir.