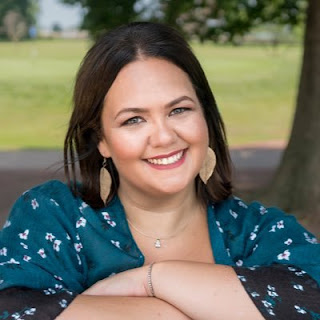 Alison Hammer is the author of the new novel You and Me and Us. She is a VP creative director at the marketing agency FCB Chicago, and she lives in Chicago.

Q: How did you come up with the idea for You and Me and Us, and for your characters Alexis, Tommy, and CeCe?

A: While You and Me and Us is my debut novel, it’s not the first book I wrote. The first book, which is currently hiding away in a drawer, also featured Tommy and Alexis—just 15 years earlier.

At the end of that first book, I knew a secret that Alexis didn’t even know—she was pregnant. And just like that, the idea for You and Me and Us was born.

I thought it would be interesting to show Alexis with a 12-year-old daughter, the same age she’d been in flashback scenes throughout the first book. But that was all I had, and I knew I needed something more to make it a story.

When I realized Tommy was sick, the story pretty much unfolded before me. The bones of it, at least. It went through many drafts and the story got so much stronger with the help of my amazing beta readers, critique partner, agent and editor.

Q: The novel is set primarily at a beach in Florida. How important is setting to you in your writing? 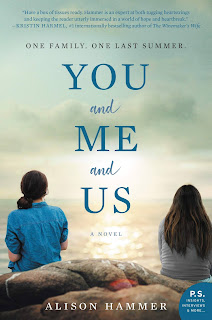 A: Setting is not my strongest point as an author. As a reader, I tend to quickly skim sections where there’s a lot of physical description, so I usually keep the setting relatively brief and high-level in my books.

But as a place itself, I’ve always been drawn to the beach and the ocean. And Destin is one of the most beautiful beaches in the country with its white sand and emerald green water. It also happens to be the town where my dad and sister live!

I’ve been fortunate to spend a lot of time there over the years, so it seemed like a natural place for Tommy and Alexis to spend their final days together.

Q: Did you write the story in the order in which it appears, or did you focus more on one character before turning to the other's point of view?

A: Good question! I’m a pretty linear writer, so I wrote the story from start to finish. I wrote the first draft during NaNoWriMo (National Novel Writing Month), an organization that challenges people around the world to write 50,000 words in the month of November.

Since there’s a focus on word count versus quality, I was writing to get the story down, and not worrying quite as much about crafting individual sentences. That part came later!

A: I had a general idea of how the book would end, but I always allow a little bit of room for the characters to surprise me. Some of my favorite scenes in the book weren’t planned in the beginning. (I don’t want to ruin it for anyone who hasn’t read it yet—but the surprise Lexie planned was all her idea!)

This book was two years in the making, so there were a lot of small changes along the way thanks to the help of beta readers, my amazing critique partner, my agent and my editor.

One of the other big-ish changes from the first draft was CeCe’s age. In the first draft, she was 12—but several early readers told me that was too young for a girl to be drinking beer and kissing boys!

A: At the moment, I’m working on edits for my second book, Little Pieces of Me, which is coming out next spring. It’s about a woman in her 40s who finds out through an online DNA test that the father she adored wasn’t her biological father.

A: Hmm. Nothing I can think of! Thank you for the opportunity to answer a few questions. Having a book out in the world is a dream come, and one of my favorite things about it is connected with readers and fellow book lovers!