Brandy Colbert is the author of The Only Black Girls in Town, a new middle grade novel for kids. Her other books include the young adult novels The Voting Booth and The Revolution of Birdie Randolph. She is on the faculty of Hamline University's MFA program in writing for children, and she lives in Los Angeles.

Q: How did you come up with the idea for The Only Black Girls in Town, and for your character Alberta?

I used to think no one else knew what it was like to be me, but as I got older, I met a lot of people who were familiar with my situation. 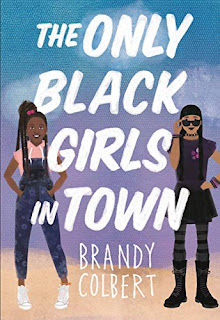 I knew I wanted to write a middle-grade, and then I began thinking, What if you were the only Black girl your age in your small town and another one moved in across the street? And the story took off from there. Alberta isn't based on me, but I relate to a lot of things she's going through in the novel.

Q: The Publishers Weekly review of the book says, "Imperfect, vulnerable characters take center stage in Colbert’s middle grade debut about growing up on the margins in the past and present." What do you think of that description?

A: I love that description, and think it's quite apt without spoiling certain parts of the book. I try to make my characters realistic above all else, and everyone has flaws, so I appreciate when a review highlights that aspect of my work.

Q: The novel is set in a California beach town. How important is setting to you in your writing?

A: Setting is one of the most important parts of my writing! I can't begin a story until I know where it's set, and I try to make the setting serve as somewhat of a character throughout the book. Every place I've lived has helped define that period of my life, no matter how briefly, so I want to ensure that's true of my characters, too. 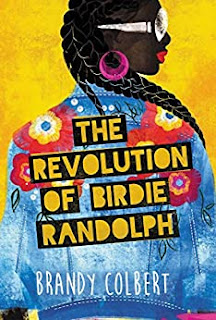 At first, I considered setting the story in the Midwest, but then I thought it would be more interesting (and perhaps less autobiographical) for me to explore what it would be like to live in a small town on the Central Coast of California. Which happens to be one of my favorite areas in the country, but it's also lacking in racial diversity like where I grew up.

Q: This is your first middle grade novel. What was it like to write for a different age group?

A: Initially, I think I put too much pressure on myself to make it an "authentic middle grade novel," such as trying to write shorter chapters or water down certain themes.

But my agent read early pages and pointed out to me that I didn't have to try so hard to fit specific parameters, and that I should just write the novel, because the situations and characters would dictate the storytelling for a different age group. And that worked!

I also feel like that middle grade voice just lives in me since I was devouring books at that age, and those books are the ones that have made the biggest impact on me. 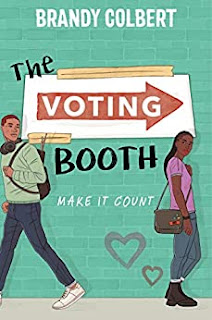 A: Lots of things! A couple of projects that haven't yet been announced, including my next middle-grade novel, which I'm so excited about and will be published next year. I'm hoping to be able to talk more about these projects soon!

A: I have another book coming out this year: a young adult novel called The Voting Booth, which will be published July 7 by Disney-Hyperion.

It's about two Black teens who are voting for the first time, and they spend a wild ride of a day driving around to polling places, fighting voter suppression, and getting to know each other. There is also an internet cat subplot that was fun to write. I hope the book will get everyone, but especially young people, excited about voting.

It's available for preorder from your favorite indie or bookshop.org.