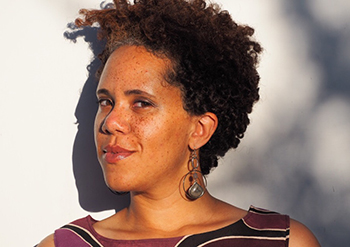 Jeni McFarland is the author of the new novel The House of Deep Water. Her work has appeared in various publications, including Spry and Crack the Spine, and she was a fiction editor for Gulf Coast magazine. She is based in Michigan.

Q: How did you come up with the idea for The House of Deep Water, and for your characters Beth, Linda, and Paula?

A: In the early drafts, the books was really about Linda, Skyla, and Paige. Then I got interested in Paula and why she left her girls. It wasn’t until later that Beth sort of became my main-main character.

This happened while I was in grad school, when I was reading nonstop and had begun to think about trauma. It was also the first time I saw a therapist, and really began addressing my childhood sexual assault, and when Beth entered the story, she just took over. 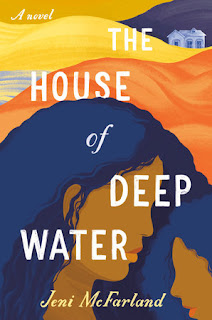 I was captivated with looking at these two women, Linda and Beth, who were very close in age, grew up in the same town, had similarly broken families, and how and why they turned out so different.

Q: Did you write the novel in the order in which it appears, or did you focus more on one character before turning to the others?

A: I actually had drafts of many chapters going at the same time, because some days I would feel more like one person than another. For instance, when I was really depressed, I’d work on Beth’s chapters, and when I was feeling a little boyish, I’d write Derek. The very first chapter I wrote for this was The Leaving Behind, which I started the summer of 2013, before I started grad school.

The order of the chapters (and subsequently, the timeline) were things I worked on with my editor. And the vignettes from Elizabeth were originally one story; my editor came up with the brilliant idea of breaking them up into their parts and interspersing them between chapters.

Q: The novel is set in Michigan--how important is setting to you in your writing?

A: Enormously important. It wouldn’t be the same story if it were set in, say, Houston, because it wouldn’t have copious amounts of Midwestern passive aggression.

I’m from Michigan, and recently moved back, but I wrote the book while living in Houston, and the San Francisco Bay Area. Part of me really missed Michigan, especially in the summers. So there’s nostalgia, but also I was beginning to recognize how much where I came from has molded me into who I am.

Q: You write of your character Beth, "Her trauma was my trauma." How difficult was it to write those sections of the novel?

A: There were many times when I thought I couldn’t do it, or that I shouldn’t, that maybe I was being self-indulgent because how many people could really identify with this story?

But then the Me Too movement happened, and I realized just how many people do identify, and how much of our conversations revolve around women’s actions—we focus on what women were wearing, how many drinks they had when they were assaulted, which is utter garbage.

Sexual assault has nothing to do with what a victim did or didn’t do, and I feel like Beth’s story really highlights that. She was a child, without agency—which is what sexual assault is, it’s a way to strip a person of their agency in a very intimate and wholly destructive way. We need to change the conversations we have about sexual assault.

A: I’m really writing in fits and starts right now, mostly character sketches. That and peeling wallpaper in my new house!

A: Nothing I can think of! Thanks for the opportunity to be interviewed!