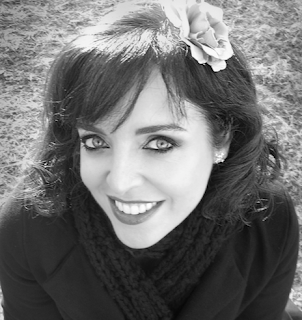 Sarah-Jane Stratford is the author of the new novel Red Letter Days. She also has written the novel Radio Girls, and her work has appeared in a variety of publications, including The Guardian and The Boston Globe. She grew up in Los Angeles, and lives in London.

Q: Why did you decide to write about the Hollywood blacklist of the 1950s in your new novel?

A: After the 2016 election, I was despondent. I then got to thinking about American history and times when the country had not, shall we say, lived up to its own ideals.

I got to thinking about the blacklist, and the Red Scare in general - the way a fear of the Other has always prompted the worst in human behaviour, and this time around that fear was used by the government to persecute not just avowed communists but anyone liberal, or otherwise fighting for greater civil liberties and rights.

It was extraordinary, really, because the country had just emerged victorious from the war, prosperity was on the rise, and the future was decidedly bright. And yet, voices pointing out where the country was imperfect were forcibly silenced. 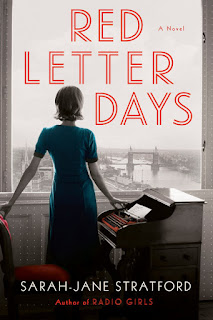 But if there’s one thing I learned when studying history, it’s that there are always people whose stories aren’t getting told, and much of the time those people are women. I knew women had suffered under the blacklist and I wanted to tell their stories.

Q: You note that your character Hannah was inspired by Hannah Weinstein, who founded the Sapphire studio in London. How did you balance the fictional Hannah with the historical one, and how did you create your character Phoebe?

A: Hannah Weinstein was a brave, ambitious, inspiring woman. When I read that she hired only blacklisted writers to write scripts for the shows she produced, I knew this was going to be the foundation of the book.

The workplace Hannah remains fairly close to the real woman; where I made changes was to her personal life. Some points were small, like she actually had three children, whereas I give her only two, and others quite a bit more significant - let’s just say I go into details in the Author’s Note, once you’ve read the story.

As for Phoebe, I knew I wanted a scrappy writer on the rise, very much the classic fast-talking career woman of 1940s films. I wanted to see what would happen when someone tough and fearless, who had already seen so much, saw all her security stripped from her. How would she begin to reclaim her life, let alone fight back?

Q: What kind of research did you need to do to recreate New York and London in the 1950s?

A: So I’ve been lucky in that I lived in New York for several years and I now live in London. Certain aspects of both - like the architecture of Greenwich Village and that of London’s Soho haven’t changed. 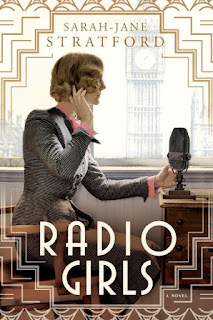 As for the people and the world, I spent a lot of time in libraries, reading as many first-hand accounts of daily life as an artist in what were then bohemian hubs. Life wasn’t easy, but it was hard not to feel some nostalgia for it. People describe a fun, close-knit world full of music, coffee, and constant chat. Danger, but also excitement. You can see why it was all so inspiring for so many artists.

Q: What do you see as the legacy of this period today?

A: It really depends on whom you talk to. For many in the artistic world, there is still anger and resentment about the targeting, the destruction of lives and careers. It’s only recently that a lot of scripts written under pseudonyms have begun to have the names of the blacklisted writers who penned them properly attached.

However, many people know almost nothing about the era or what happened. So though my main goal was of course to tell an exciting and entertaining story, with complex and interesting women and their relationships as the focal point, I did also hope to raise some awareness. Because this is the sort of thing that could happen again at an official level.

Equally, it is something we can fight. And I do think one of the lessons is that although in the immediate a lot of people were cowed and crushed, along came the 1960s and the fight for civil rights that ultimately saw huge societal change. The status quo will always push back at a challenge, but I don’t think a world can remain so wholly unequal forever.

A: I’m keeping to the 1950s for a bit, focusing on young women who grew up during the war, watching their mothers be lauded for taking jobs, but now forced back into the home, creating confusion for their daughters. Society is telling them to be traditional, but they’ve mostly just seen women as workers.

So who are they? What are they going to do? It’s an interesting conundrum and one I look forward to bringing to life.

A: Though we’ve discussed the political aspect of the story, Red Letter Days is ultimately a story about two women forging their way in a world stacked against them. It’s available as an ebook and audio book, as well as trade paper, and I encourage anyone who buys it to do so from an independent book dealer.

I am happy to talk to book clubs if interested - anyone can be in touch via my website: www.sarahjanestratford.com. Thank you so much!