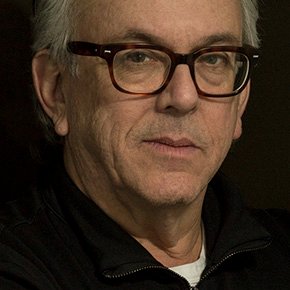 Max Hirshfeld is the author of the book Sweet Noise: Love in Wartime. It focuses on his parents' experiences during and after the Holocaust. A photographer, he is based in Washington, D.C.

Q: In his introductory essay, Michael Berenbaum writes that "Sweet Noise is actually two books in one." At what point did you decide to create this book, and how did you choose its structure?

A: The genesis of the book goes back to the mid-‘90s when my father-in-law (who was blind) first mentioned the idea of a book. With only a set of photographs from the trip to Poland I had just taken with my mother, I wasn’t sure there was even a book to be written. But I decided to give it a shot.

Through numerous iterations—and an equal amount of rejection letters—I grew frustrated and was close to shelving the story completely when in 2004 I discovered hundreds of letters my parents had written to each other during their three-year separation after the war.

The simple fact that the letters existed (and paying little mind to the daunting task of having them translated from the Polish) was enough to convince me that the story had gained remarkable depth and now had to be told.

Philip Brookman, the author/curator and a friend, suggested flipping the structure after my initial attempts to blend the letters, the photographs, and the story proved to be problematic and confusing. 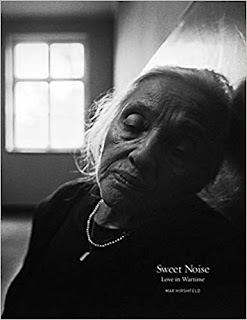 To paraphrase Michael Berenbaum, two books then became one, and the only real outcome from such a remarkable story would be to blend the two into one. And from my perspective I succeeded.

Q: How much did you know about your parents' history as a child, and did you need to do much research to write the book?

A: I suppose I knew as much as most children of survivors, i.e. very little.

But during the development phase of an early version of my book, one that was focused on a young adult audience, I realized that if I was to write anything about the Holocaust that I better know some salient details and do my best not to make any mistakes. So I dug in and read a number of books on the subject: history, memoirs, and contemporary fiction.

Early attempts at both "story-as-history” (and a doomed effort at a third-person narrative) proved to be important exercises in learning what not to include. Stepping back and letting the material speak for itself was almost mandatory.

As I was writing a passage in the book where I was describing my mother’s tearful face as she recalled as a child watching her aunt scrubbing the steps leading to their second-floor apartment the words arrived…unexpected, unplanned and so powerful.

After the words showed up there was no question in my mind. In a compromise with my publisher I added the subtitle.

Q: What was it like for you to return to Poland with your mother, and what impact did creating this book have on you?

A: A few years after returning from Poland, I created a small booklet as a promotional piece for potential photography clients. I wrote then that “Poland is a place that floats in my mind like a fitful dream on a steamy night. As a child I was introduced to this melancholy land through the filter of my parents’ Holocaust experiences. This was a world I craved to know but could never really see. In 1993 I joined my mother on her first visit to Poland in forty-six years. As she traced her private history, visiting the sites of her past, I photographed my mother’s closure. This journey back in time placed me at the edge of a moving circle watching but never quite reaching the center. Offered here are the in-betweens from that voyage, glimpses of modern Poland that nudged me into that gray, half-asleep dream: a child’s whispers or the hurried footsteps of an old woman, suspicious glances from inside a doorway. Have I been here before? I think so."

A: Further information can be found at sweetnoisebook.com.