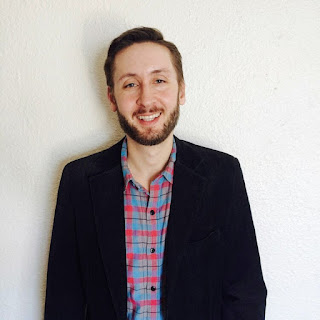 Clancy McGilligan is the author of the new novella History of an Executioner. His work has appeared in a variety of publications, including Cimarron Review and Slice Magazine. He lives in Florida and in Ohio.

Q: How did you come up with the idea for History of an Executioner?

A: I’ve always been preoccupied by our relationship to work, from how it defines/shapes us as individuals to what it requires of us.

Many years ago, I read Waiting for the Barbarians, the novel by J.M. Coetzee, in which the narrator wonders, mockingly, how executioners go about their lives after carrying out their duties.

That passage lingered in my mind, and I began imagining an executioner whose job was thrown into question. The particular executioner that came into my mind had an ingrained sense of duty.

Q: In an interview with the Southern Review of Books, you said you "wanted a fable-like texture" to the novella. Why was that, and how did you create the world you wrote about? 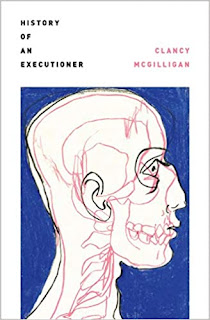 A: I was interested in creating a fictional world that’s specific yet lacks a clear historical correspondence. I think this can offer a dream-like quality, a strangeness and vividness.

My novella’s setting is a provincial town in an unnamed Republic. The executioner lives on the edge of the town, and he often goes for walks in the surrounding countryside. To make sure I knew where everything was in the town and the surrounding area, I ended up drawing a map.

A: I started with an initial premise and groped my way forward, in the dark. Eventually I had an inkling of how the novella might end. Then, when I came to the ending, it seemed right to me; the last few pages are very similar to the last few pages in the first draft.

That said, I restructured and rewrote much of the second half of the novella.

A note on the drafting and publication process: I wrote a first draft of this novella during the summer of 2013, then put it away and more or less forgot about it. In 2017 or so, I read it again and decided to revise it, and eventually I submitted it to the Miami University Press novella contest.

A: Partly I wanted readers to imagine/experience how an executioner might justify and live with their duties. I also wanted readers to think about jobs that society simultaneously treats as necessary yet holds in low esteem.

A: Right now I’m working on a very different project, a novel set in the near future that deals with environmental transformation, with two main characters. It’s set largely in Florida and Nevada, both places where I’ve lived.

A: A lot of people have asked me why I wrote a novella as opposed to, say, a novel. I chose the novella form instinctively; it seemed best suited to this particular narrator and story.

That said, I’ve always loved the form, and many readers have told me something similar. It’s relatively short/compressed but still manages to offer a sense of expansiveness.