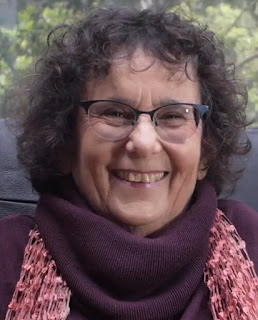 Rachel Biale is the author of the new memoir Growing Up Below Sea Level: A Kibbutz Childhood. Her other books include Women and Jewish Law. She is a social worker, parenting counselor, and community organizer, and she is based in the San Francisco Bay Area.

A: I grew up on a kibbutz in a very different time. For an American audience, it’s fairly unimaginable. I grew up in a children’s house.

My career in the United States was as a clinical social worker, working with parents and young children. I was struck by the very different ways parents struggle today, compared with the way I was raised.

I was telling [people] about it, and they would say, How amazing! On one hand, how incredible it was to have a level of freedom and agency at a young age; and on the other hand, how could adults leave you unsupervised?

And my parents had an untold story, and I wanted to tell that story and connect the way their idealism nourished their getting from Prague to Palestine. And when they settled on the kibbutz, they became disillusioned with the utopian dream, but they were sticking it out for the rest of their lives.

A: I did zero research. I have extremely vivid memories of my childhood, back to 3 years old. My memories were reinforced and augmented in telling the story.

I had my mother’s diary, from when she left Prague [in 1939] through 1942. It was very poignant—it ends at that moment when we don’t know if her life is going to continue. She also wrote a memoir. I did a little research on the internment of Jews in Mauritius. 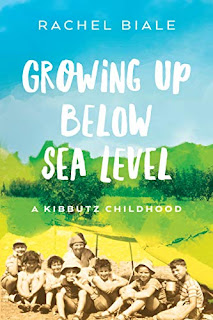 My parents re-met in 1945, and fell in love on the spot. My father was serving in the British army, and they had to have a correspondence love affair. My husband and I had the same in the 1970s.

I had all their letters. They had to write in English; by then, their English was outstanding. I transcribed them and used segments of their letters in the book.

Q: How much did you know about your parents’ history as you were growing up?

A: They talked a lot about their young childhoods in Prague. They saw them as magical childhoods. There was the excitement of joining a Zionist youth group.

My mother said, My parents were very supportive, but they didn’t think I was going to go to Palestine.

As an adult I got to imagine what it was like for her parents, as the threat became more clear and they became desperate to save their children. She went on a transport to Palestine, and her 14-year-old brother went to Sweden.

My father was more independent; as a 13- or 14-year-old, he was managing his own life. I learned about [his experiences] in later years—there was a break in the idyllic Prague; he encountered antisemitism in high school.

They didn’t talk about [events] once the Nazi occupation happened. The stories about Mauritius were told in hindsight, knowing they survived. Reading her diary, on the ship, not knowing they were going to survive, had a completely different impact.

Q: What do you hope readers take away from the book, especially in terms of life on a kibbutz?

A: What I’m hoping is that people will get a vivid picture and understanding of the interplay between idealism and reality. 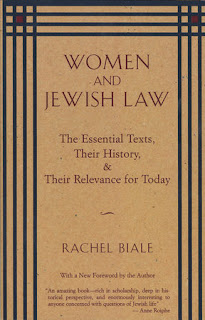 Most of the time it ends up with reality trumping idealism, but certain features of the idealistic society stay with you your whole life. There's my commitment and activism to help other people and organizations that actualize what we were raised with in kibbutz ideology—to each according to their needs, from each according to their abilities.

Also, the Israel people see today—I want to go beyond the extremely distressing headlines and recognize what it took to build this country, the positive aspects.

People raising children in the United States today—there are other ways to do it that have benefits and drawbacks. There are lessons from giving children more freedom and responsibility in early childhood, and introducing children to manual work.

I’m publishing a parenting advice book, What Now?, which has some lessons from my childhood—be more responsible, be aware of your needs and your friends’ needs, be more free.

Q: How was your memoir's title chosen, and what does it signify for you?

That came to me—growing up below sea level was an intriguing idea, and I tried it out on people [as a title].

A: Another book, a historical novel based on a Viennese couple who were on the boat with my parents. The mother gave birth to a baby on the ship. When they arrived in Palestine, they were all transferred to a ship called the Patria.

This family was among the first to be taken to the Patria, and it exploded because the Haganah had smuggled a bomb onto the boat with the idea of disabling the engine so the British couldn’t take the refugees to Mauritius.

The parents were on the deck, and they didn’t know what happened to their 4-year-old or the baby. The baby was found, but the 4-year-old was not. Two hundred fifty people drowned, and most of their bodies were not found.

The novel is based on what the “baby” told my mother 10 years ago. They accepted that the 4-year-old drowned, and the people on the Patria were allowed to stay in Palestine legally. Four years later, there was a knock on the door—it was the 4-year-old boy, and he was mute. After several months he went back to talking, but he couldn’t tell them where he’d been.

The novel imagines two scenarios of what happened to him.

Q: Anything else we should know about Growing Up Below Sea Level?

A: All the stories are based on my genuine childhood memories. Some are amalgams of more than one story. They capture a sense of innocence and idealism that’s sadly gone from the world. It had its dark side. There was the shadow of the Holocaust—we grew up with no grandparents or extended family.

It gives an uplifting sense of what happens in a society where children are able to exercise their own mental and physical muscles.