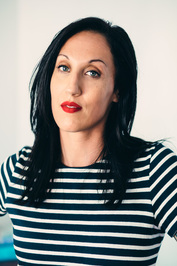 Nina Renata Aron is the author of the new book Good Morning, Destroyer of Men's Souls: A Memoir of Women, Addiction, and Love. Her work has appeared in a variety of publications, including The New York Times and The New Republic. She lives in Oakland, California.

Q: Why did you decide to write this memoir, and how long did you work on it?

A: I was inspired by the Toni Morrison line "If there's a book that you want to read, but it hasn't been written yet, then you must write it."

I had been looking for a book like this since I was a teenager. I read so many addiction memoirs and I always wondered why there weren't books written from the perspective of the people suffering in the same household as addicts and alcoholics. Addiction is often referred to as a "family disease," but the family was absent from many representations.

There are many self-help books on codependency (some have helped me a lot), but I was moved to write something more literary, drawing on my own story but also on the history, literature, and culture that shaped me. 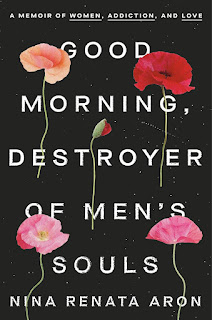 I did research for about six months before writing the proposal and then spent a year and a half writing the book, so I worked on it for roughly two years in total. But in some sense I think I was always working on this idea. I imagine many memoirists feel that way.

Q: You write, "Codependency is a girl's song," and the book’s subtitle is "A Memoir of Women, Addiction, and Love." Can you say more about how addiction affects women in particular?

A: I wrote this book to touch on the kind of care work surrounding addiction that is not always done by women but often is.

At the height of men's drinking in America in the early 19th century, women had almost no economic or political power, so their lives could easily be ruined entirely by a husband's drinking.

The women who mobilized in the temperance movement were stirred not just by sadness or by a desire to rain on men's parade, but by the need to survive, to be sheltered and to feed their children. The behaviors that came to be called "codependency" were forged in these relationships of extreme dependency.

With women's increasing freedom, institutions like marriage have changed, but this form—the alcoholic dyad, as it has been called—has persisted. I wanted to speak specifically to women who know the confusing entanglement of love, care, obsession, worry, fear, and rage that accompanies life with an alcoholic or addict.

A: "Good morning, destroyer of men's souls" was temperance crusader Carrie Nation's greeting to bartenders. Nation was among the most militant temperance fighters; she lost her first husband to alcoholism and she was also an early feminist who saw the relationship of men's drinking to women's continued subjugation and was radicalized by it.

She was seen as a killjoy but she actually had a sense of humor, so when I imagined her delivering this line, I liked the teasing tone I heard in it, but of course it's also very sinister to think of bartenders abetting the destruction of men's souls.

Q: The book addresses some very difficult issues. What impact did writing it have on you, and what do you hope readers take away from it?

A: It was difficult to write this book for a number of reasons. I wanted to write about my loved ones—particularly those who struggle with addiction—in a way that was honest but compassionate and never exploitative.

I also wanted to be as accurate as possible in telling the details of my own life, which required going back through many journals and other records of some of my most painful chapters.

And finally, I wanted to weave some history into the narrative, specifically the temperance movement and the founding of Al-Anon, and it was challenging to figure out where and how to do that.

Ultimately, writing this book was incredibly cathartic. I see it as a key part of the "letting go" I do every day as I try to lead a life with more grace and serenity.

A: I'm working on a number of projects, including a new book about feminism that I'm very excited about.

A: It's important to me that friends and family of addicts and alcoholics know that there are resources just for us, and that there is a lot of healing and support available.

Finding community among other people who understand that living around addiction is a distinct, baffling, maddening, depressing experience has changed—maybe saved—my life.