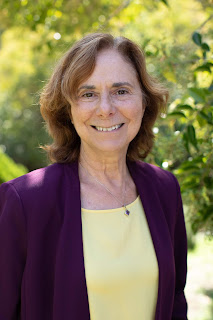 Claudia Hagadus Long is the author of the new novel Nine Tenths of the Law. She has written four other novels, and she lives in Northern California.

Q: You note that your mother's life inspired this novel. How much did you know about her past as you were growing up?

A: When we were growing up, my mother almost never talked about the war [World War II]. But there were hints at both facts and secrets. When we were very small, my sister knew so much more, even though she was only a year older than I was.

We played at "hiding from the Germans" and she told me why we didn't have grandparents on my mother's side. (I was the kind of child that was completely clueless about things.)

Later, my mother would say something odd, out of keeping with current reality, and I eventually realized that these were comments about what had happened to her.

But the truth was so terrible that it wasn't until we were much older that she even allowed the tiniest of questions. And then she began to paint from the heart, rather than from still-lifes and models. It's all there in her paintings. 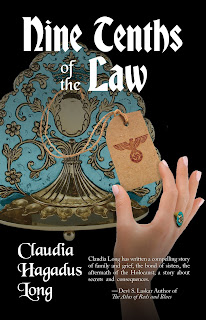 A: World War II research is very much available on line. Unlike when I researched my other books, I did not have to invade obscure libraries and find old poetry to learn about an era.

But the family research was difficult and painful. My father was generous with stories after my mother died, but these are filtered through his own pain and realities. My sister knew a lot, as I mentioned. Ultimately, it wasn't the research but the realizations that shocked me.

Q: What did you see as the right balance between your mother's own history and the lives of your fictional characters?

A: Possibly this was the most difficult aspect of writing the story. My characters are fictional. I created them, and invented their lives. But every time I wrote something about Aurora, I was terrified. I was opening my mother's story to the public, something she never did, and I was changing it to work with the narrative. It was very, very scary!

A: We have absolutely no idea what we would do if we were faced with Aurora's situation. The war went on in Europe for six years, with several terrible years before and even afterwards: the entire childhood or teen-aged years of a person.

There was no one to turn to for help, no one to call when the Nazis were at your door, and there was nowhere to run. There was no end in sight. You survived today, only to face getting through tomorrow. And yet, people fell in love, had sex, gave kindness. We'd better not judge.

A: I'm working on a three-period novella, with reincarnation!

A: This book is a gift from the heart. It's funny, it's wry, it's a modern mystery and the story of a brave young woman. But ultimately, it's a sisters story. Really, in the end, our sisters are all we have.