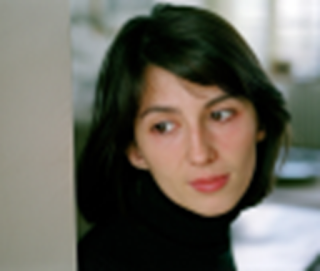 Şebnem Işigüzel is the author of the novel The Girl in the Tree, now available in an English translation by Mark David Wyers. She lives in Istanbul.

Q: How did you come up with the idea for The Girl in the Tree?

A: This book first emerged with a feeling of discontent about being in my home country [Turkey].

In 2013, life became so tumultuous that I wished I was a bird chirping in a tree rather than witnessing such pain and suffering. Emotionally, I did perch in a tree. And I never came down. I wonder if, in one way or another, we’re all perched up in that tree.

I wrote The Girl in the Tree while mesmerized, as if I was dreaming, with my whole heart. My hero excited me endlessly while I was writing it. Who knows, maybe she can inspire another movement lead by the younger generation. I hope the whole world will get to know The Girl in the Tree and listen to her story.

Q: The book is set during the Gezi Park protests in Istanbul in 2013. Did you need to do much research to write the novel, and how important is setting to you in your work?

A: In 2013, there was a long period of public resistance in Istanbul. It all started when the prime minister drew up plans to raze a park and build in its place a symbolic military barracks which would in fact be a commercial site. But people resisted and started protesting.

That small park became a symbol of pride and honor for people. But many youths lost their lives. A university student was beaten to death. A 15-year-old kid was killed when he was hit in the head by a tear gas canister fired by the police. People were left blinded and crippled. 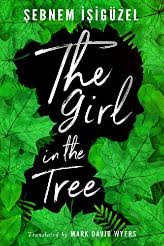 But there was more to come. Thirty-three university students who were taking toys to impoverished children on the Syrian border were killed in an attack carried out by ISIS. The Girl in the Tree lived through those troubling times.

My protagonist, who longs to die before dying, yearns to tell about these things—and she does, tracing their history all the way back to the ancestors of the first female slaves brought to Istanbul. It’s a melancholic, sorrowful tale.

But all around the world things are going wrong, and the characters in novels are there to tell us about them. They are the prophets of the times.

Regardless of who you are or where you are from, she touches us deep down through the stories she relates. At one point in the novel, she says, “I’m the psychoanalysis of all women and youth.” And that’s true. She’s just caught up in a bit more commotion.

Q: This is your first novel to be translated into English. What do you hope English-speaking readers take away from the book?

A: So exciting. When I was a child, two American films were shown on the state-run television channel every Sunday. Then the TV shows came along. And after that, literature “for me.”

In a “strange and different” country that just can’t seem to become democratic, the youth who aspire to be writers are nurtured by the outside world. I know the world. I write for the world. As a result, even if what I write bears traces of the geography in which I live, it’s not incomprehensible or alien to others.

By bringing together the context of Istanbul and my particular passion for writing, I give back what I take from the world. It wouldn’t be off the mark to say that I try to create for readers a new and different chemistry between the west and the east. And I could also mention that my grandfather was born in a rowboat on the Bosporus, which is right in the middle.

But there is nothing freakish about any of this. I think what I’m trying to say is that the literature that emerges from these lands shouldn’t be approached with bias.

Even if some people might be wary of coming to Istanbul, they shouldn’t be afraid to explore the pages of The Girl in the Tree. I came to love the world through literature. What I really wanted to achieve with this book was to make reading about the daily life of Istanbul, which has largely been shaped by politics, an unforgettable experience.

I wanted to tell a story that was as enchanting as it was convincing. The main character, who has a poster of Robert Pattinson on the wall of her room, will be no stranger to readers from a country such as the U.S. She looks young. But because she gives voice to everyone’s story, she’s a mature and wise yet tormented adult.

A: Yes. The end of the novel is embedded in a sorrow that is half-hidden. The young man with whom the Girl in the Tree has fallen in love says that he’s going to board a train so that he can take part in the Walk for Peace. Of those people who took part in the real-life Walk for Peace, 109 were killed in a massacre carried out by ISIS. I didn’t know that at first. Because it hasn’t happened yet.

A: I wrote a play. I adapted the drama The Girl in the Tree. It will be [staged] at an important theater in İstanbul. My last novel published last year. Goodwill. It tells the story of the İstanbul elite, of the wealthy, well-educated, modern people of this metropolis.

A: The world is full of politicians who are shameless in their pursuit of their own self-interest. Literature often offers up an account of the destruction they create in our souls and lives. We know those politicians who go about their business by embarrassing people of conscience.

My protagonist in the novel, who convincingly and powerfully tells her story against the backdrop of the captivating city of Istanbul, is actually the entire world’s Girl in the Tree.

In a dramatic way, fascism first kills off its strong women and youth.

That’s why I believe that The Girl in the Tree is important for American readers. We’re one and the same, regardless of where the bombs go off, as we’re all struggling to get by in life even if we’re lodged in the clutches of a politics of menacing threats.

We live in a world where women and the youth are the first to rise up in rebellion. That’s why I think that the story she tells will find a place in everyone’s heart.