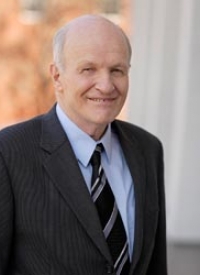 Frank von Hippel is the author, with Masafumi Takubo and Jungmin Kang, of the new book Plutonium: How Nuclear Power's Dream Fuel Became a Nightmare. He is a senior research physicist and professor of public and international affairs, emeritus, at Princeton University's Woodrow Wilson School.

Q: Why did you and your colleagues decide to write this book about plutonium, and how did the three of you collaborate on the project?

A: I  have been involved in the plutonium issue since 1974, after India detonated a “peaceful nuclear explosive” with plutonium extracted from the fuel of a “research” reactor with the assistance of the U.S. Atomic Energy Commission for India’s plutonium breeder reactor program.

I began by arguing for the shutdown of the U.S. breeder reactor program as uneconomic, unnecessary, and facilitating nuclear-weapon proliferation. My Japanese and South Korean coauthors became engaged because they had the same perceptions about Japan’s breeder program, which the nuclear-energy establishment in South Korea would like to emulate. 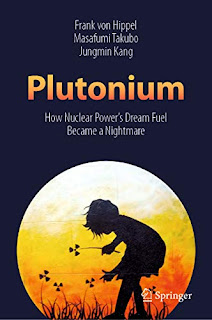 Q: The book's subtitle is "How Nuclear Power's Dream Fuel Became a Nightmare." What were the initial perceptions of plutonium, and how did those perceptions shift?

A: The initial perception was that nuclear power could replace polluting coal-fired power plants but that it could not reach that potential if fueled, as current water-cooled reactors are, by the chain-reacting isotope uranium-235, which constitutes only 0.7 percent of natural uranium.

A plutonium breeder reactor could increase the resource base greatly by converting uranium-238, which constitutes the other 99.3 percent of natural uranium, into chain-reacting plutonium.

But it turned out that there is much more high-grade uranium ore than people thought and global nuclear-power capacity stopped growing after the Chernobyl accident. Uranium declined in cost and the economics of nuclear power has been determined by the capital costs of nuclear power plants, which have been rising because of safety concerns.

A: Plutonium remains a nuclear-weapon material but is not economic as a fuel. France and Japan have both abandoned breeder reactors but still separate plutonium and recycle to fuel up to 10 percent of their nuclear capacity in efforts that cost 10 times more than the cost of the low-enriched uranium (uranium enriched to a few percent in U-235) that they would otherwise have used.

China, India, Russia. and Bill Gates are still funding breeder reactor research, development and demonstration (RD&D) despite the fact that, after 50 years and more than $100 billion, liquid-sodium-cooled breeder reactors remain much more costly and less reliable than water-cooled reactors.

A: I am writing a follow-on report trying to explain why these dangerous zombie plutonium programs persist and what we can do to accelerate their ends. The breeder RD&D programs one can understand, as embedded government-funded programs like the U.S. space station.

The persistence of the French and Japanese plutonium-recycle programs is more difficult to understand.

I think that they persist in part because of the economic importance of the spent fuel “reprocessing” plants with their 5,000 well-paid employees to the poor rural areas where they are based and, in the case of Japan, because of the leverage provided in its strategic relationship with the United States by the nuclear-weapon option innate in its plutonium program.