Rishi Reddi is the author of the new novel Passage West. She also has written Karma and Other Stories, and her work has appeared in a variety of publications, including The New York Times Magazine and the Asian American Literary Review. An environmental attorney, she lives in Cambridge, Massachusetts.

Q: How did you come up with the idea for Passage West, and for your characters Ram and Karak?

A: I had the idea long ago in 1989—I was in law school and we were reading constitutional law cases from the era when we were deciding who was going to be a citizen, in the 1910s and 1920s. The court decided it on the basis of whether somebody was a Caucasian.

One case was U.S. vs. Thind, in which Indians were considered Caucasian but not white. There were a number of cases involving Japanese, Armenians, Syrians.

My parents came [to the U.S.] in the late 1960s and so did I—I was born in India. To have found a whole wave of Indians who came in the 1910s was a real revelation for me. It took a long time—I needed to learn how to write!

For the characters, I wanted to describe two types of immigrants. One was gung-ho about being a new American; the other was a little more hesitant and sentimental about where they came from. I saw this play out among family members in real ways. [The characters] were composites. 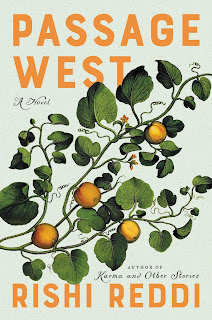 Q: Given the focus today on immigration, what do you hope readers take away from this novel set 100 years earlier?

A: We often by default take the demographics of the United States for granted and don’t recognize it as a conscious and consistent application of some laws that created the America we know today. It was calculated and not race-neutral. I wanted to heighten awareness of that. America as we know it [was created by] those lawmakers 100 years ago and before, and the people they catered to.

I grew up thinking the country doesn’t belong as much to me, but it matters that there was a South Asian contribution. Despite the fact that I’ve worked for the government and been a lawyer, I had a feeling I don’t belong here as much. Writing the novel [contributed to] that journey for me.

A: Ram and Karak are composite characters based on real-life events. The last thing in the book was a composite. I had a vague notion that I’d be putting those characters together…[the ending] symbolized so many things. How I got there was something I grappled with.

And I knew early on that I wanted that epilogue—I wrote it early on, and it was very little changed. Emotionally, I knew I was heading to that end.

A: This took so much out of me—12 years of hard-core work. I’m turning my attention to shorter work—I would like to put out a short story or two. I’ve worked in the environmental field since the mid-‘90s, and maybe I’ll turn my attention to that. 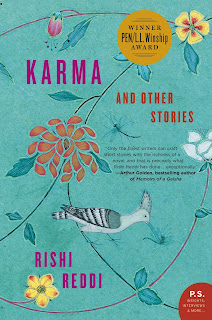 I did so much research on the 1910s—I would get waylaid by anything on the women’s movement at that time. I feel like there’s something there I might need to turn back to.

A: I want the novel to run a little counter to the good guy/bad guy narrative, and muddle that a little. We are all complicit in the goodness and badness of what we’ve constructed as a society.